Washington could not have got its timing worse.

Hours before the great tenor began celebrating what is commonly reckoned to be his 70th birthday, the Kennedy Center’s Michael Kaiser announced that he is taking over the Washington National Opera that Domingo has headed for the past decade.
Kaiser, who has experience of running the Royal Opera House Covent Garden, would never be so impolite as to shaft a singer for whom he has great respect and affection. But the content of his message – that the opera is $12 million in the red and leaderless in every way – left no doubt in anyone’s mind that Domingo’s absentee management has been a complete disaster.
The Kaiser’s move is not surprising; I predicted it in an interview months ago. The timing, however, is unfortunate, to say the least. The company must have been coming down in flames for Kennedy to take it over on the eve of PD’s birthday.
Now I don’t want to spoil the party, but the question everyone’s asking is what happens to Los Angeles? If Placido was an admitted disaster in Washington, what’s to be done about the mighty deficit he has built up on the West Coast, with precious little to show for it in artistic substance? Domingo’s record as a great singer is secure. But his ambition to be the boss of opera houses is falling steadily to pieces. 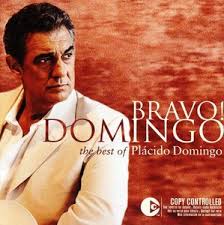