When Dame Liz Forgan appears before the House of Commons Culture Committee later today, she ought to be asked about the Arts Council’s relations with its largest client.

Some weeks ago, in pursuit of a different matter, I discovered that Arts Council England has been banned from meetings of the Royal Opera House board. Ever since 1946, when public subsidy was first instituted, the Council has been entitled to send an observer to board meetings of major clients in order to report back on progress and, on occasion, to warn the board that its decisions might have a negative impact on future funding.
At English National Opera, the ACE’s director of music once declared before an astonished board that the company would be shut down if it rejected ACE advice. That was an extreme instance; mostly, such warnings are delivered privately.
Ten years ago, the Royal Opera House decided that these arrangements were unnecessary and damaging. Its chairman Colin Southgate informed the ACE that observers were no longer welcome ‘on grounds of commercial confidentiality’ and the ACE tamely agreed to give up its wallflower seat.
What Southgate was saying was that the ACE was leaky as an old colander and incompetent to boot. Its reports of ROH affairs were not always accurate. 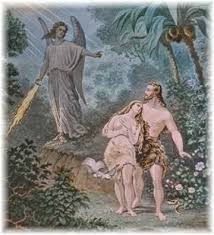 The main reason for expulsion from Eden, however, was that ACE’s share of the ROH budget was falling year by year and directors saw no reason to maintain transparency with a sponsor of diminishing importance. Over the coming two years, it is expected that state funding for the ROH, currently £28.3 million, will be overtaken by a rising curve of private donations. On those grounds, the ACE’s role shrinks to insignificance.
Relations between the two bodies are now described as good-to-polite. Like an estranged couple living in the same house, they try not to trip over each other.
The ROH ban on ACE observers expresses a striking loss of confidence in the funding body. That is an attitude shared by many of its large clients. The Arts Council, once a friend to the arts is regarded widely with suspicion and more will follow Covent Garden’s lead in refusing to allow it to exercise supervisory duties.
These are issues that need to be explored by Parliament and Government. Liz Forgan, in her resourceful way, will defend her officials and describe me as a hostile witness. The record shows that I have spent much of my life arguing the necessity for state funding of the arts. It is the ACE that has abandoned its core purpose, adopted political aims, betrayed its friends and been banished from the very institutions that it helped create.
The ACE needs to be stripped down, top to bottom, before it can once more be considered fit for purpose.

« Want to get on record? Chris Craker's back…

How to write a good symphony »