Two years ago, I reported the death of Decca, one of the last major classical record labels. My column drew hysterical reactions from toadies of the music industry, prompting one of them to write a web article proclaiming that Norman Lebrecht was dead.

Well, not quite.
What happened at Decca was that Chris Roberts, then head of classics and jazz at Universal, decided in a late act of spite to wind down the label and leave in in the hands of one executive and a receptionist. Roberts was fired last summer by the Universal chief operating officer, Max Hole. Costa Pilavachi, a former head of Decca, was brought back in a senior role, and the pair have been re-assessing the business top to bottom.
An announcement will be made in the next few days, I hear, that Decca is to be relaunched next month as Decca Classics, hinged to Universal Music UK and no longer governed from afar. Paul Moseley will remain as managing director of a reinforced team and new signings are on the cards.
This is a rare shaft of exceptionally good news for the classical music business, and an even rarer instance of a corporation admitting it made a really bad move and making swift amends.
It does not mean the rebirth of classical recording, but it does mean the decline will be managed in future with a good deal more sensitivity and commonsense.
Decca was declared dead by Universal (and not by me). It is now risen again. 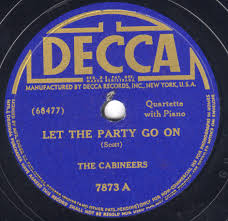