First Riccardo Muti, the music director, crashed out of his concerts with what turned out to be nothing more serious than a tummy ache. Now Yannick Nézet-Seguin, the upwardly mobile Canadian, withdraws at short notice from his debut concerts next month for what are described, in the usual classical equivocation, as ‘personal reasons’.

To lose one conductor in a season may, as Oscar Wilde might have put it, be regarded as a misfortune. Two starts to look like a trend. I think we ought to be told why Yannick finds a date he booked three years ago to be suddenly and irrevocably incompatible. Hurt feelings, or something worse? He’s playing Philadelphia the week before, so he can’t be unwell.
The industry speculation is doing the Chicago Symphony Orchestra no good at all. And it won’t help Yannick’s future career if he can’t be more open about his likes and dislikes. Here’s Andrew Patner’s local take on the cancellation.
http://viewfromhere.typepad.com/the_view_from_here/2010/12/n%C3%A9zet-s%C3%A9guin-cancels-in-chicago-quest-ce-qui-se-passe-.html 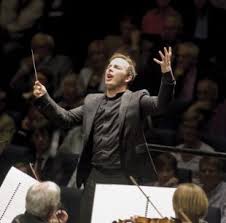 Three fiddlers in the drink »