Sorting out the fluffy fiddle stars

In the current issue of The Strad, I look at the ways that the cults of sex and celebrity have distorted the values of violin stardom.

Here’s a sampler:
The only column I ever had pulled from a newspaper for fear of criminal
libel was my fevered response to EMI’s launch of the Eurasian violinist,
Vanessa-Mae in 1994. The original album cover – it was later airbrushed – showed
a 15 year-old girl in a white see-through swimsuit pouting with a fiddle in the
middle of the sea. Given her tender age and the mature male profile of classical
record buyers, this strayed so far off the moral compass that my reasoned
analysis proved legally unprintable.

The Violin Player sold 3.5 million copies and made Vanessa-Mae a
household name, at least for the Warholian 15 minutes of fame. Then music hit
back. Her follow-ups flopped. She signed with Sony and was apparently dropped.
Every year since 2006, she has promised an opera-themed album, still awaited.
The best that can be said of Vanessa-Mae is that she played the best she could.

The rest you’ll have to read in the magazine. By way of a further taster, though, you might enjoy the contender below in the Mendelssohn concerto on youtube. 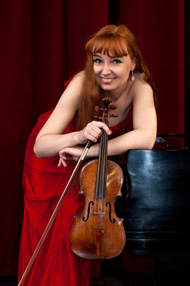 There goes another music man »