The next music director of the Czech Philharmonic will be a conductor first appointed under communism, thrown out by the players in an act of free market madness and standing ever since as a living reproach to the orchestra’s collective misbehaviour.

It has been announced in Prague that Jiri Belohlavek will resume his duties in September 2012 at the helm of the only Czech cultural institution of international standing. He will succeed the Israeli, Eliahu Inbal, the last of a long run of fix-it conductors who fixed nothing.
Belohlavek, meanwhile, founded a rival Prague Philharmonic and earned worldwide acclaim as the foremost living Czech conductor. He presently heads the BBC Symphony Orchestra. 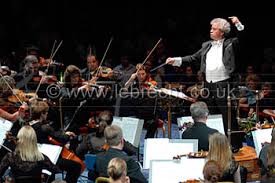 His return is outstandingly good news for music in the Czech Republic. He is clean of all political connections and corruption, past or present, and he ought to raise the Czech Phil from deepening demoralisation. Earlier this year the orchestra launched legal action against the country’s culture minister, its own former manager, alleging criminal misuse of funds.
It speaks volumes for Belohlavek’s integrity that he is prepared to stake his reputation on so murky an enterprise. Czech reports say he will quit the BBC after the 2012 Proms to devote the greater part of his work to rebuilding the national orchestra. The BBC has not confirmed his departure.
Here’s the local report.
Photo credit: C Christodoulou/Lebrecht Music & Arts

« Why is it always music teachers?

Whatever became of Respighi? »