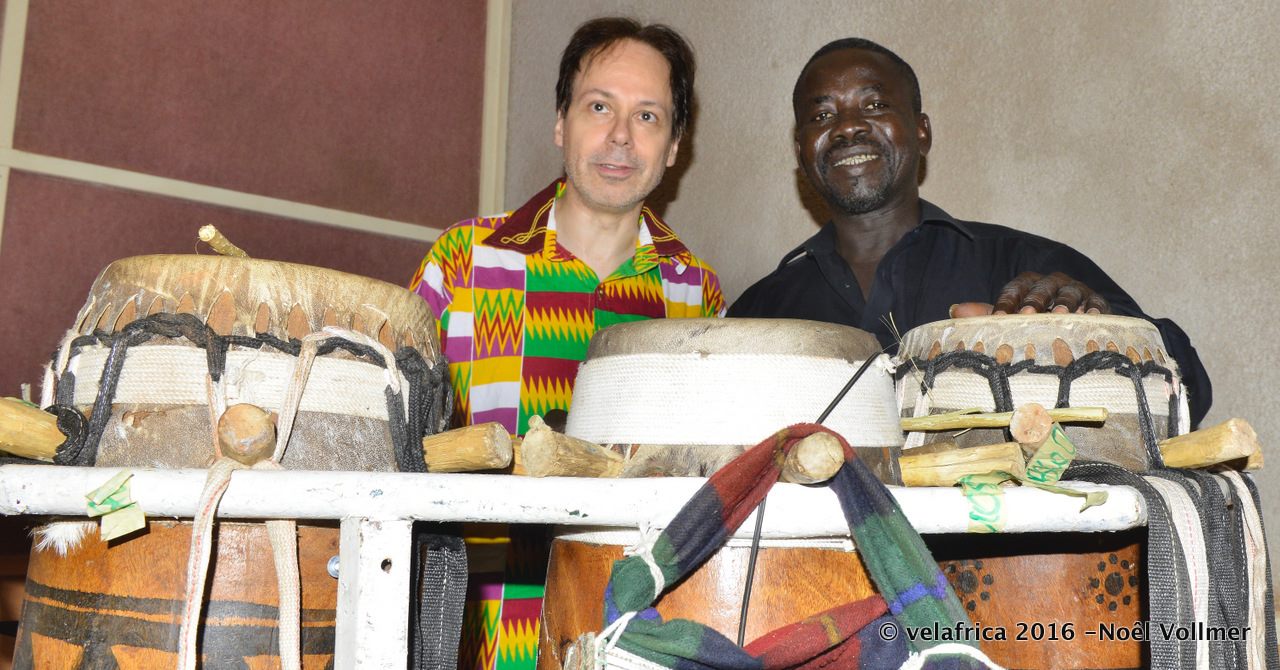 Death of an African genius, 59

I have some very sad news to share. One of my best friends and greatest musicians I’ve ever worked with, Amadou Leye Mbaye Leye Mbaye Mbaye, died in October in Senegal, completely suddenly and unexpectedly, at the age of 59. Leye was one of the first people I met after arriving in Côte d’Ivoire in 1994, one of the founding members of the ensemble Beta Foly from the very first minute, and one of its most important members. We hadn’t worked together in a long time but were always in touch, and I was planning several new projects with him in the next year or two, so in addition to this being a huge personal loss, it’s also a huge professional one. One of the projects was a kind of concerto for sabar (the Senegalese instrument of which he was one of the greatest players, no less a virtuoso than better-known musicians such as Doudou Ndiaye Rose) and a European contemporary music ensemble. Another project might have taken us to India to work with the great Jayen Varma – Bass Player… Now I plan to maybe compose an homage to my friend using the many recordings I have of his playing, ranging from the 90s in Abidjan to some more recent, unpublished, things done at a studio in Ouagadougou (where this photo was taken by Diophante Noel). I don’t know yet, but I’m extremely sad about the loss of this gentle, sincere, and slyly humorous person whose musical intelligence allowed him to create and/or learn the most complex arrangements with ease and remember them, without any loss, 15 or 20 years later. I learned a huge amount from him, and he will not be forgotten!