The Beethoven sonata that ends at the bottom of the world

At the peak of his powers, between the ages of 44 and 47, Beethoven composed virtually nothing. Aside from a few small pieces, he produced no work of consequence between the two cello sonatas opus 101 of July 1815 and the shattering Hammerklavier sonata of late 1818. In these three years, his life was consumed by a family crisis of unforseen complications, one that brought him perilously close to mental collapse.

His brother Carl Caspar fell ill and died in November 1815, naming Beethoven as joint guardian of his nine year-old son, Karl, together with the boy’s mother, Johanna. Beethoven mistrusted Johanna, who had a court conviction for stealing from her husband and whom Beethoven denounced, with likely justification, as ‘a depraved person’ and a prostitute. He was determined to remove the child from his mother’s care and raise him to the best of his extremely limited ability.

A more worldly man might have thought of getting married to provide the boy with a surrogate mother and a secure home environment, a solution that would have appealed to the family courts and saved a lot of stress and expense. There was even a willing wife-to-be: the spinster sister of Karl’s headmaster was interested in the boy and his celebrated uncle. But Beethoven had sworn he would only marry for true love and, with his tunnel vision, could focus on nothing other than wresting the boy from his mother by whatever means were available. He filed a suit for sole custody. Johanna counter-sued. The case dragged on for almost four years, involving lawyers, detectives, judges and highly dubious witnesses on either side before Beethoven emerged somehow victorious. Recognising that he was incapable of raising the boy he placed him in a boarding school, leaving instructions that his mother should be denied access. Johanna, unwed, soon gave birth to a daughter and Karl proved a constant source of expense and worry, driving his uncle to a frenzy of despair with a suicide attempt in 1826. He was away on military service when Beethoven died; he later married and had five children, living comfortably on his uncle’s legacy until his death, aged 50, in 1856. Johanna outlived both men, dying in 1869. 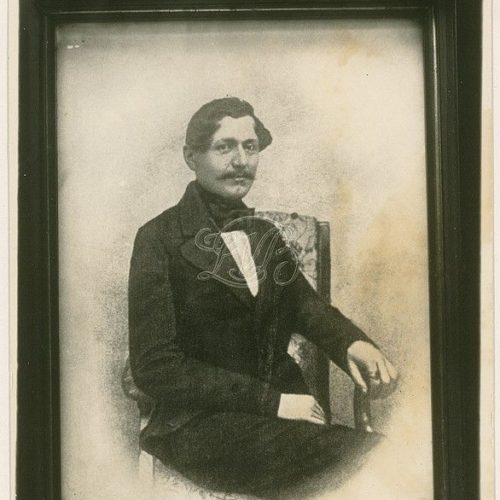 In these turbulent years of the custody battle, Beethoven’s s managed just one major work. In the summer of 1816, retreating from the Vienna heat to the nearby spa of Baden, he wrote a piano sonata in his favourite upbeat key of A major, little realising that it was to be the gateway to a run of late sonatas that would end, seven years later with the unimaginable opus 111. We know that could not forsee where this would lead because the opus 101 opens with a rumination so simplistic you might readily mistake it for a lullaby. This is early-middle Beethoven, happy and lucky, confident that the world is absolutely ready for what he alone has to offer. This may be an act of deception or, more likely, self-deception. In order to save himself from the madness of the custody courts Beethoven calms his mind with a reversion to his young manhood. Arthur Schnabel captures this mood to a tee.

It lasts all of four minutes. The opening movement fades to black and we are in the world of Freudian neurosis, everything restless, nothing settled. The middle movement is an uneven, jerky, chaotic, unhappy march in F major, deeply disturbing. There follows a brief adagio and an enigmatic finale in A minor, fiendishly difficult to play and ending at the very bottom of the keyboard, or the world.

It is no exaggeration to state that a good interpretation of this difficult masterpiece requires an appreciation of Beethoven’s Vienna and a philosophic turn of mind. Walter Gieseking, a German pianist of high intelligence, matches Schnabel for empathy, lacking only the final suggestion of sympathy for Beethoven’s deteriorating situation. Wilhelm Kempff, the first to record this sonata in 1925, is disabled by dreadful sound; his post-War DG recordings, beautiful as they are, shroud Beethoven in an excess of reverence. Walter Gieseking (1949) is magisterial in an unpleasant way, like a bad-tempered headmaster.

The Hungarian exile Geza Anda, a leading exponent of Bartokian modernism, adds profound feeling to the adagio and a rebarbatic, near-anarchi edge to the finale. His is certainly an interpretation to swear by; so, inevitably, is his compatriot Annie Fischer, who was Georg Solti’s favourite pianist. Fischer will break your heart in the adagio and kick the pieces around the floor in the finale. Also to be reckoned with is the impenetrably enigmatic Maria Yudina, who is either the greatest Beethoven pianist that ever lived, or a body-double.

It takes a suspension of disbelief to assess these originals beside the industrial pianists of the late 20th century record boom – beside Brendel, Barenboim, Bishop-Kovacevich and all the rest who churned out cycles to deadline, always to a high standard if rarely leaving a single work that stands on its own as their summit achievement. In this sonata, Vladimir Ashkenazy is a singular exception. In his hands, everything makes perfect sense, as it does with Emil Gilels. Maurizio Pollini, too, has much to say about opus 101.

Among 21st century interpretations, the Turkish pianist-composer Fazil Say has a way of capturing contrasts as if they were parallels, managing the internal turmoil with the muted balm of a psychotherapist and an unfailingly elegant phrase.

Dina Ugorskaja, a Russian emigrée in Germany who received scant recognition before her early death of cancer in 2019, conveys, more than anyone, Beethoven’s childish helplessness in a battle he cannot afford to lose. Igor Levit, of similar origin, finds hopelessness in the finale with a faint, redeeming touch of rage. We’ve come a long way in 100 years of recording.