Not much else is happening in the town, so the Mozarteum flushed out an unknown letter from Mozart to his wife, Constanze, dated April 1789.

In it, Mozart tells his ‘dearest, most treasured little wife!’ that a new opera commission from Prague is ‘almost in the bag’ and that the King of Prussia wants to see him in Berlin.

Neither of these expectations were realised.

It’s not a very revealing letter. 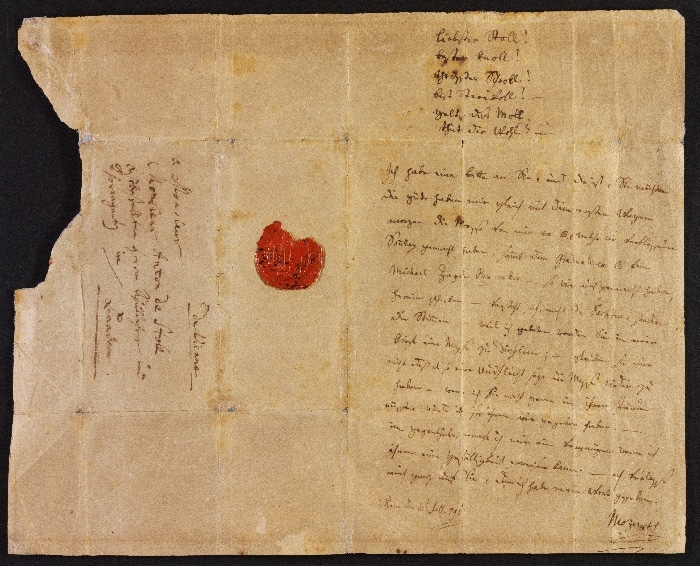