Liguang Wang, President of the China Conservatory of Music, has produced an imposing piece, What Angels Say, to thank medical and support staff who saved lives during the Corona pandemic.

The words are by Wang Ning, head of the China National Center for the Performing Arts. 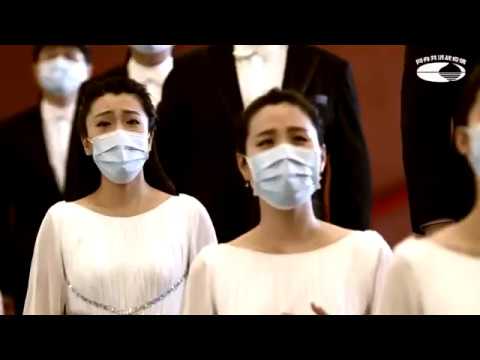 Pletnev wins hands down at under 9 minutes. Thrilling performance below. 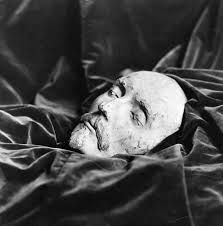 The trumpeter Wallace Roney has died of Coronavirus complications.

A Philadelphian who studied with Clark Terry and Dizzy Gillespie, he hooked up with Miles Davis in the 1980s, who began mentoring Roney in the mid-’80s and made an awards-laden career.

President Trump’s $25m stimulus bill has given Ken Cen the license to sack 20 NSO staff, on top of stopping the musicians’ pay.

The news was given in a conference call by National Symphony Orchestra executive director Gary Ginstling.

In all, 250 KenCen staff have been dismissed. 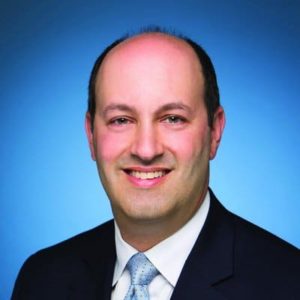 As America and countries around the world try to make sense of the current global public health and economic crisis, new realities have come sharply into focus for business and non-profit leaders, forcing many—including the Kennedy Center—to do everything possible to ensure our long-term financial health and survival. Without question, the Kennedy Center has been impacted by the coronavirus pandemic and has experienced overwhelming financial losses. The shared sacrifices we make as an institution and the financial steps we take today, though painful, are vitally important to securing the future of the Kennedy Center. By safeguarding our financial position now, we also improve our capacity to open our doors and stages for audiences as soon as it is safe to do so.

As a living presidential memorial and congressionally created National Center for the Performing Arts, the Center’s economic model is different than most arts organizations. Our business operations rely heavily on ticket revenues and donations, which combined, equal 80% of the Center’s annual operating budget. The coronavirus pandemic has forced us to cancel all performances through at least May 10, 2020, thus depleting almost all ticket income and greatly reducing charitable gifts to the Center. With no end in sight to the current crisis, we feel it is prudent to assume that our business may not resume for several months.

Our extensive financial modeling indicates that if no changes are made to our spending patterns, even if we are able to open in mid-May, with the recent $25 million federal stimulus funding, the Kennedy Center would run out of cash as early as July. In order to stretch the Center’s finances as long as possible, we must take immediate action to change our expense structure and preserve cash. In addition to drawing from the $25 million stimulus funding and the Center’s existing $10 million line of credit, we must furlough approximately 60% of the Kennedy Center’s full-time administrative staff beginning April 6 through at least May 10, 2020. These measures are apart from the 725 hourly and part-time employees already impacted. The remaining skeleton staff consists primarily of box office, finance, marketing, and development employees required to maintain business continuity. It is imperative that we scale back the entire institution’s personnel costs during this time of closure and dearth of ticket income. Again, all of these choices are difficult, though absolutely necessary for us to re-employ staff and musicians when we can resume our programming and bring audiences back to the Center in the months to come. The human impacts of these actions are indeed devastating, which is why Kennedy Center leadership has committed to covering full healthcare benefits for all furloughed employees.

In the last week, we have received many questions from the public and our patrons about the $25 million designated for the Kennedy Center in the federal stimulus package (CARES Act). This economic relief will save jobs and ensure jobs for our furloughed staff to come back to once the pandemic subsides and we are able to reopen for business. The following breakdown illustrates how the Kennedy Center will use these funds to cover essential expenses over the next six months:

After exhaustive review and scrutiny of all options, the Kennedy Center’s leadership and board believe the plan outlined above is the only way forward. Our priority and responsibility is to ensure that the Kennedy Center is able to fulfill its mission into the future and re-open once the pandemic has subsided and our lives, our community, and the economy may return to some normalcy. We look forward to re-engaging artists and re-employing staff, just as soon as health and public officials indicate it is safe to do so. Our nation’s stages will come alive. On behalf of the entire Kennedy Center family, we wish you all good health and courage in the days to come.

Symphony Nova Scotia cancelled its season on 13 March with 18 concerts to play.

It decided to pay the musicians to the end of the season.

In response, over 60% of subscribers are donating the value of their tickets to the orchestra. CEO Chris Wilkinson said, ‘Your ticket donation means that we will make music again.’

Among other things in its CEO’s message:

... For individual artists, we made a simple calculation: in the place of a single £10k grant from our Developing Your Creative Practice fund, we could invest £2.5k in four different artists, to help them through the weeks to come. We believe that, for now, this is the fairest and most compassionate way to move forward, and we have set aside £20m for this element of our emergency response.

We know that disabled artists have been particularly impacted by this crisis; you can read more here about the steps we’re taking to support them. We also know cultural workers such as performers and technicians are struggling, and we’re also announcing a set of grants to a range of benevolent funds today in order to help them (more on that here). Between these initiatives, the support that will reach them through our emergency funds for National Portfolio Organisations and organisations outside our Portfolio, and the help promised by the Chancellor, we hope our most vulnerable artists and cultural workers will be able to continue to work after this crisis is over.

The changes of the last two weeks have been sudden and seismic, and our response can only do so much.  We simply won’t be able to help everyone.  Some organisations will topple, and we will only be able to support a small proportion of the individuals we would like to help.  What’s more, we’re aware that the whole package we’ve produced, to which we’ve committed all of our reserves, will only see us through the immediate future. 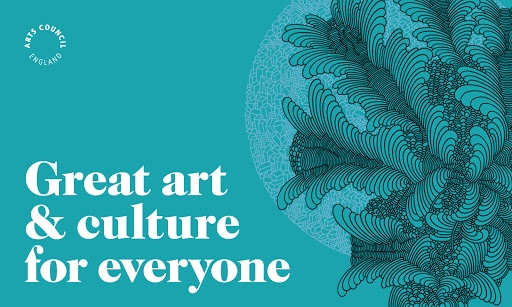 Katharina Wagner has just told BR-Klassik that this summer’s festival has been canceled.

The festival website says the decision was taken by its shareholders: the federal republic, the state of Bavaria, the town of Bayreuth and the society of friends.

It seems that a sudden local spike in Corona cases prompted the decision. 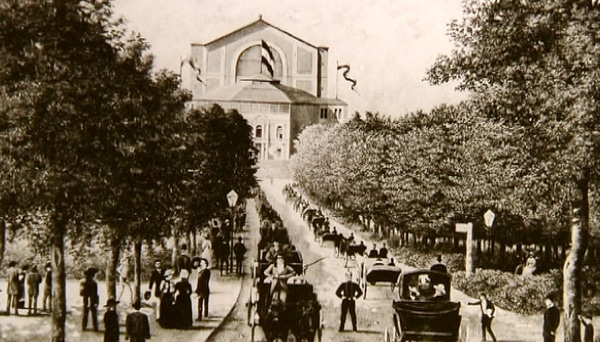 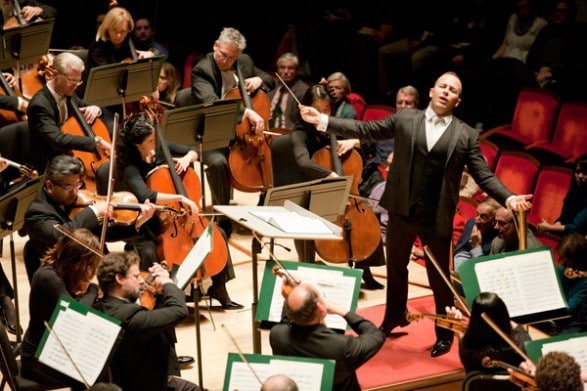 (Philadelphia, March 31, 2020)—The Philadelphia Orchestra Association and the musicians of the Orchestra today jointly announced that musicians have volunteered to take a temporary salary reduction of 20%, beginning April 1, to help counter the significant financial impact of the COVID-19 crisis. This cooperative step to preserve institutional financial progress of recent years is complemented by a 20% net reduction in staff salaries, based on salary level, also beginning April 1. Music Director Yannick Nézet-Séguin is forgoing 20% of his March and April compensation. These steps are among a series of measures the organization has been taking since the last concert performed on March 12, 2020.

She sang in the 1951 Bayreuth Ring, the first since the War, and went on to command leading roles in Munich, Salzburg and the Met, including Carmen, Frocka and Brangäne.

She was the jewel in Karl Richter’s Bach recordings. 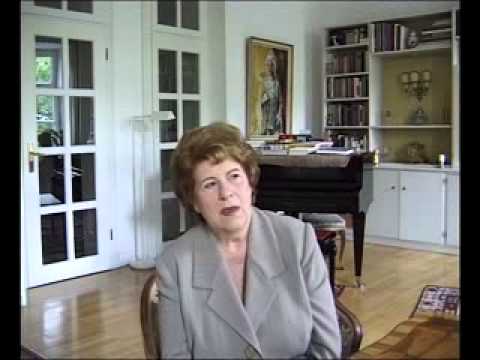 This brilliant video by Ben Marsh and family is a vivid reflection of the family trauma many of us are experiencing.

Ben Marsh is senior lecturer in American history at the University of Kent.

The song is from Les Mis.

If it weren’t for isolation, the record labels would be on their doorstep with a contract.

We are receiving reports of the death of Zoltan Pesko, a leading figure in Hungarian musical life and a close friend of the Kurtags. He was 83.

Abroad, he was Lorin Maazel’s assistant at the radio orchestra in Berlin. He was also chief conductor in Lisbon. 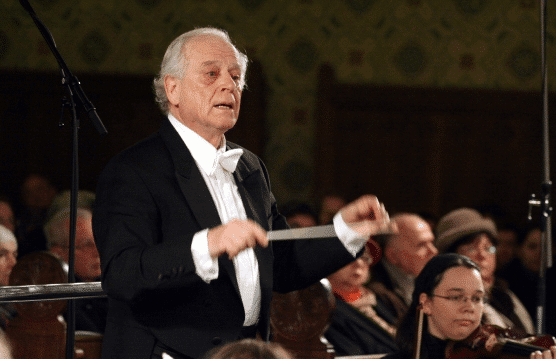 We have been notified of the death of Kenneth Wentworth, a prolific and much-recorded pianist who founded the artist agency now known as Jonathan Wentworth Associates.

His wife and four-hand piano partner Jean Wentworth died in 2017 after 68 years of marriage. 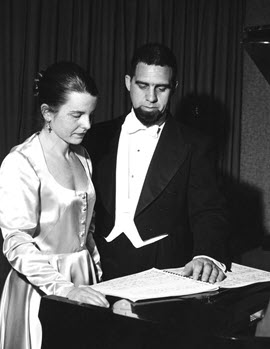