Russia sells off its recorded heritage for next to nothing

The Russian state has sold its Melodiya archives in a non-contested auction.

The sale price was 329.6 million rubles, which is a little over $5 million. But the two buildings that house the Melodiya recordings – at Karamyshevskaya embankment, 44, and Tverskaya Boulevard, 24/1 –  are valued at 300-350 million.

So the recordings were essentially given away for free with the real estate.

The buyer is a company called ‘Formaks’, which appears to be a deal broker, founded in 2015. The owners are named Mikhail Sukontsev and Dmitry Smirnov.

Tragic to see a century of sound being given away for less than a song, in a deal that has no public scrutiny. 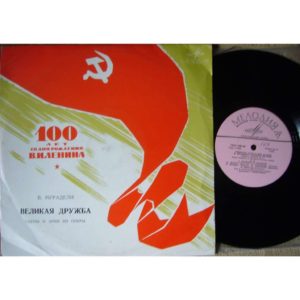