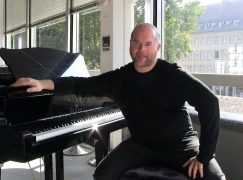 Florian Krumpöck, principal conductor of the Luxembourg Chamber Orchestra since September 2017, has apparently been given the bum’s rush, together with the pianist Jean Muller, who has worked as the ensemble’s artistic director.

Details are scanty (and in Luxembourgish dialect) but it appears the musicians voted them out at the end of the season. Krumpöck, 40, has four years left on his contract.

Among the complaints against the pair, chaotic media relations and failures to communicate artistic plans are cited in reports. No official statement has been issued.

The orchestra intends to work with guest conductors next season.

Trump owes his unique genius to Gilbert and Sullivan »