Death of a big-name opera director

The director and intendant Johannes Felsenstein died on Monday in Berlin, aged 73.

The son of the legendary Walter Felstenstein, he was his father’s assistant at the Komische Oper before moving on to Leipzig, Weimar, Darmstadt and Aaachen. In West Germany he got to know Leonard Bernstein and became a specialist in staging musicals.

He was intendant from 1991 to 2009 in Dessau, where he directed a vast range of repertoire. 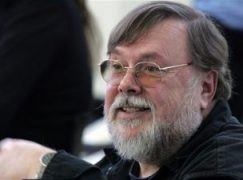