From the Wichita Symphony Orchestra:

The Wichita Symphony, along with the greater Wichita music community, suffered a tremendous loss last week with the passing of Dr. Jay Decker. Jay first appeared on the Wichita Symphony scene in 1952 as a member of our cello section, and as a cellist in the Wichita Youth Symphony prior to that. He played with the WSO for four years, and won the Naftzger Young Artist Auditions in 1955.

There are few people that can say they’ve had as big of an impact on the Wichita music and arts community, and there is certainly no name more synonymous with the WSO than Jay Decker. We will miss him dearly. 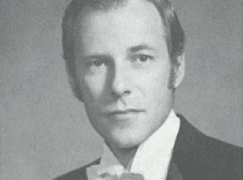