The DC Federation of Musicians has given the Kennedy Center and Washington National Opera a year’s extension on the current agreement with the Opera musicians, with some minor adjustments.

‘We were cognizant of the Opera’s need to fill the leadership vacancy created by [Executive Director] Michael Mael’s departure,’ said Orchestra Committee Chair Peter de Boor. ‘We hope that the additional year will give the Opera some breathing room, so that the opera season cuts we conceded in previous agreements will turn out to be only temporary.’ 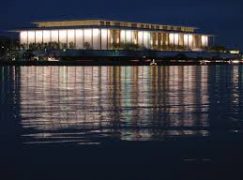 Message just posted by the board president, Janet F Clark: 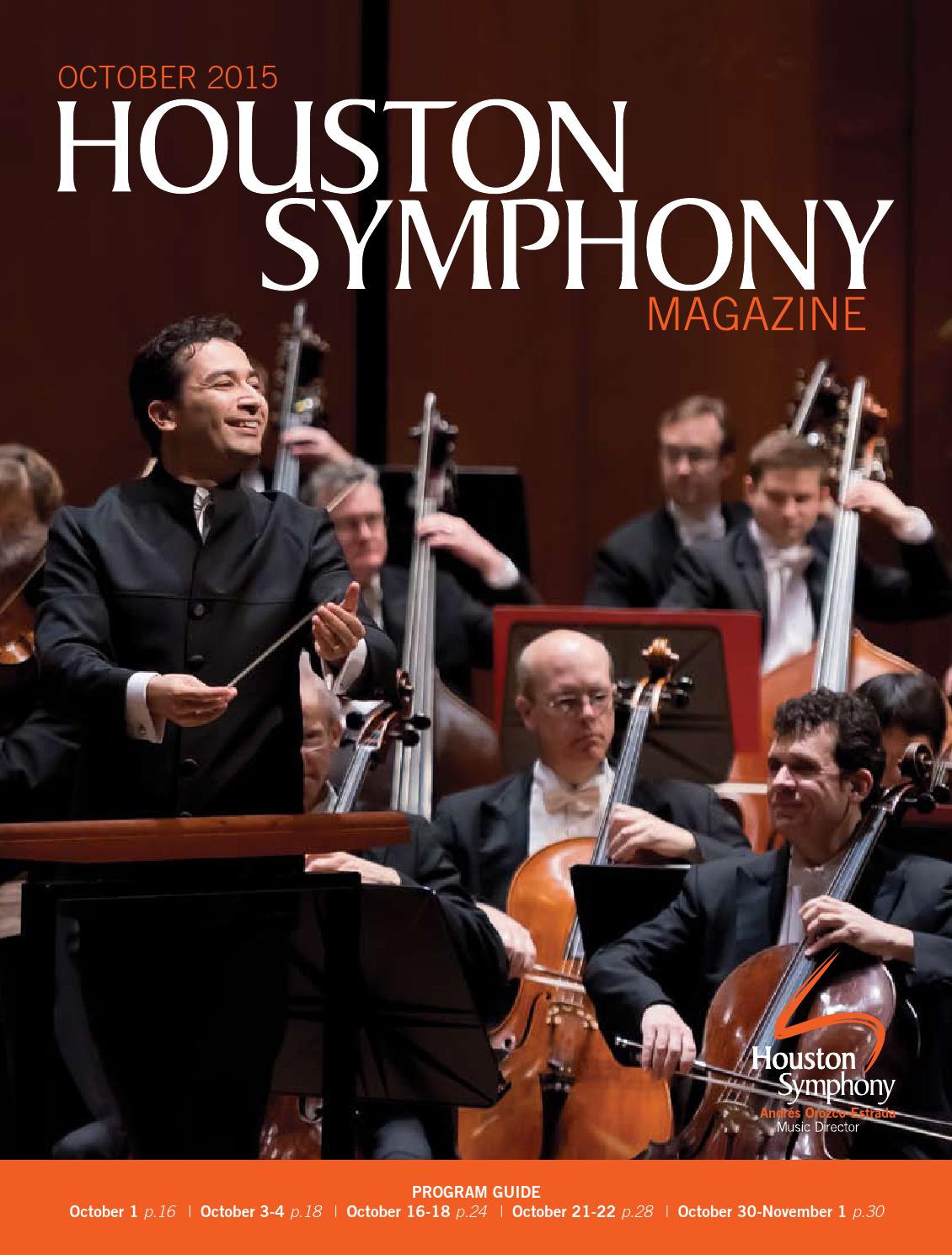 Our hearts go out to everyone in our beloved Houston community affected by Hurricane Harvey. This is an incredibly challenging time for all of us.

Many members of the Houston Symphony family are safe and dry; however, some musicians, staff, Board, Chorus and League members have had water in their homes or lost power, and some have also needed to evacuate their homes. Like the rest of our city, we will not know the full extent of the storm’s impact for some time.

Our performance home, Jones Hall, had some water penetration, but we are fortunate that the stage and auditorium appear to have been untouched. Water did reach the basement level, where some equipment was stored, but we moved the most valuable and hard-to-replace items to higher floors prior to Harvey’s arrival. The Theater District garages are flooded and therefore are not accessible.

Unfortunately, we have had to cancel this weekend’s performances of Ella at 100 on September 1-3. If you have tickets, our Patron Services Center has already contacted you via e-mail. Please direct any ticket inquiries while the Patron Service Center is closed to Jenny Zuniga, Director, Patron Services, at jenny.zuniga@houstonsymphony.org.

Decisions regarding next week’s performances, including The Best of John Williams in The Woodlands on September 6, Opening Night on September 9, and Fiesta Sinfónica on September 10, are pending further assessment. We will keep you posted with further updates when available.

Houston Symphony administrative offices and the Patron Services Center will be closed through Monday, September 4. We hope to be back at work next week, but for our employees’ safety, we must ascertain the condition of offices and parking before announcing an official re-open date.

We deeply appreciate the tireless work of our colleagues at Houston First, Theater District Houston, and Jones Hall’s resident engineering and security companies. We are also grateful for the outpouring of support from members of the Houston Symphony family, the Houston community and orchestras across the country.

To support Houstonians who have suffered from flooding, we encourage you to support Mayor Sylvester Turner’s relief fund here: ghcf.org/hurricane-relief.

Among your many priorities at this time, please consider helping the Houston Symphony maintain its operations during this period of uncertainty. You may do so here: bit.ly/1oSL3eP

We thank you for all that you do for the Houston Symphony. We are eager to begin the cleanup and recovery process, and to provide an outstanding 2017-18 Season of concerts and community programs. As Houston’s orchestra, we look forward to helping our city to heal, bringing the people of our community together through the inspiring power of music.

The unexplained dismissal of Mathew Halls as artistic director of the Oregon Bach Festival is being ascribed darkly to ‘personnel issues’.

One theory is that a University of Oregon official took umbrage at an inoffensive jocular remark by Halls to a visiting singer, who took no offence.

Bob Keefer of Eugene Weekly, who is trying to get to the bottom of the matter, fears that the sacking of Halls might be the death knell for the Oregon Bach Festival.

First reactions to an insensitive piece of Dutch marketing.

From the conductor and oboist Nicholas Daniel:

Appalling sexist rubbish. Just who do the Concertgebouw expect to attract to concerts with this kind of advertising? Simply NO.

From the writer and critic Jessica Duchen:

This, my friends, is why we have to have conferences about women’s work in classical music and why we keep having to fight sexism in all its forms. This is the Concertgebouw trying to be clever: the caption reads “Do you have the wrong idea of classical music? Come by and discover what classical music really represents”. But that doesn’t make it OK. They should remove it at once.

From the pianist Brenda Ogdon:

I cannot believe it from such a cultured and world wide famous orchestra such as the Concertgebouw !!! I agree that whoever is responsible should be fired immediately. What can one do against such filth and prejudice ?

Given recent publicity about harassment of women (online and elsewhere), the notorious ‘upskirting’ and so on, this is a serious error of judgement. They should be persuaded (by potential customer response) to pull it. Twitter storm anyone?

From the writer and critic Basia Jaworski:

This is meant to be an advertisement for classical music. Intended for young people to lure them into the Concertgebouw. I have no words for it.

Anthrea Kreston, an American violinist in a Berlin-based string quartet, is contemplating the effects of dislocation on her two small children, the first of whom has just started school. It’s every parent’s dilemma: are my kids growing up different from me? Read on… 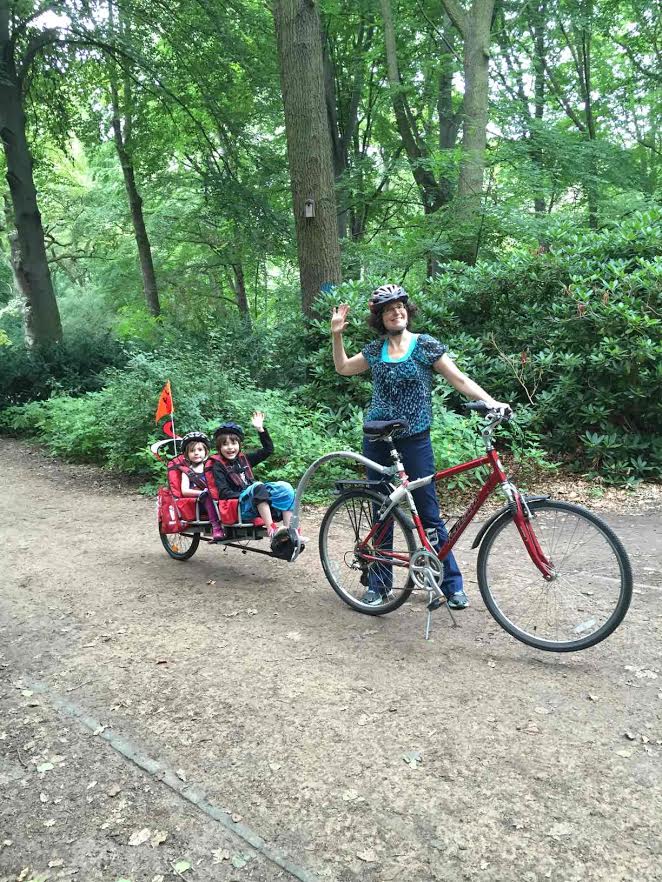 I am sitting alone, the morning sun warming me on the deck as I eat my cold oatmeal and drink the dregs of my coffee, rescued from the table hours after they were first placed, so optimistically, on the kitchen table. Today, we sent our younger daughter to her first day of kindergarten (here called Entrance Class).  Jason was off early – dropping our elder daughter at second grade before heading out for a rehearsal – a two hour drive north of Berlin at a unique and friendly festival (Bebersee) held at a former secret Russian military base (our concerts are in a reclaimed hangar).

Here I sat with our 5 year old – doing our final checks on her materials for school (she switched out several pencils for a slightly different color, and changed her clothes twice), and packing her lunch.

These past weeks she has flipped back and forth between jumping up and down with excitement and waking in the middle of the night in tears – Jason and I have brought her many times to school to scout around, meet her teacher, find her new room. On the back of my bike on the way to school today she again ran over her long list of questions – her “what-ifs”, and as we hugged goodbye, her lips trembled and tears breached the lids of her eyes.

Her walk to the building with her new classmates seemed endless, as I watched her holding hands with another little girl, her huge backpack reaching to her thighs – and when the door finally closed behind them, there was a rush of sadness – the end of a time which had afternoon snuggles, sleepless nights, hours of endless (who even knows what we used to do to fill our days) meandering and making crafts. I was supposed to see a student for a two-hour lesson now, but just cancelled – I need to feel this day, to feel this quiet and aloneness.

She has spent more than a third of her life here in Germany – I was struck by this during our recent trip to the States. She asked at one point, “Mom – why aren’t there any castles on top of the mountains here?” – her new normal has a fortress on each hill.

We all have a new normal – and I am so happy to have this quartet semi-Sabbatical which goes until November. Jason will be working every day in his orchestra (Konzerthaus), and although I still have many quartet concerts (5 this past week) and other obligations (substituting as Associate Concertmaster of Deutsche Opera, Beethoven Sonata Cycle, my teaching at the University of the Arts and in Brussels, intensive German school and a light schedule of quartet concerts), I am once again the lead parent – and I am so ready for this.

In one of the most insensitive videos ever to be released by a music organisation, the Concertgebouw is promoting its new season with a shameless upskirt video.

In the US or the UK, the personal responsible for this would be fired before the day is out.

Next Monday, five members of the Cincinnati Symphony Orchestra will play a concert for refugees from Syria, Afghanistan and North Africa in the Dutch city of Utrecht.

Violinists Charles Morey,Paul Patterson and Sylvia Mitchell will play half an hour of chamber music and jazz with pianist Michael Chertock and saxophone player James Bunte, followed by a short musical presentation from Syrian refugees. 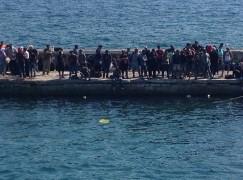 The former artistic director of the Sydney Festival, Lieven Bertels, has been chosen to head the Momentary, a space for the visual and performing arts in Bentonville, Arkansas. The venue is due to open in 2020. 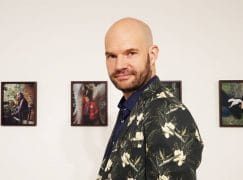 The US tenor, 33, has announced his engagement to ‘the love of my life, Bryan McCalister.’ 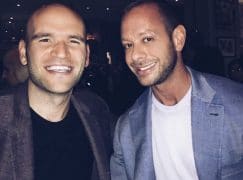 The cartoon franchise is looking terribly threadbare after 27 years. So the execs decided the way to revive it was to fire its one and only composer, Alf Clausen.

Clausen told Variety that he was told the bosses wanted ‘a different kind of music’.

The probably also want to cut the 35-piece orchestra he has been using.

They have waited until the last minute in the hope that Dmitri Hvorostovsky might make a spectacular comeback but Vienna has now accepted that his severe illness means the Russian baritone will sing no more opera.

Taking his place in Un ballo in maschera in the first half of November will be Marco Caria, a young Sardinian who has been singing in Vienna since 2010. 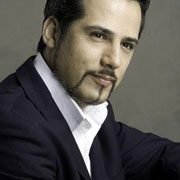 Another serious newspaper decides it can do without the arts.