In 1994,  Ruth McGinley won the piano section of the BBC Young Musician of the Year competition. Se went on to play dates with London orchestras and seemed destined for a fine career.

But depression set in when she returned to live in Northern Ireland and she has only recently begun to return to the stage. Her debut album, titled Reconnection, has received £5,000 in National Lottery support, and a short film. 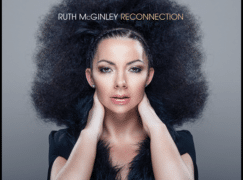