Why to they need the money? The first reason given by executive director Frank Byrne is to be ‘competitive by continuing to attract and retain the best musicians.’

At present, KC pays 41 percent less in player wages than other US orchestras of comparable size. 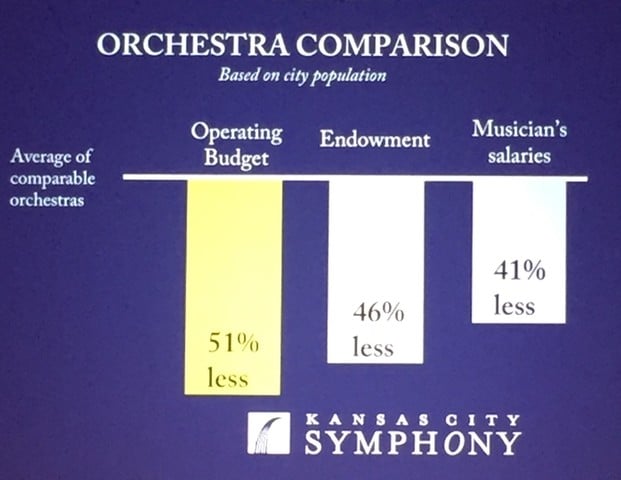