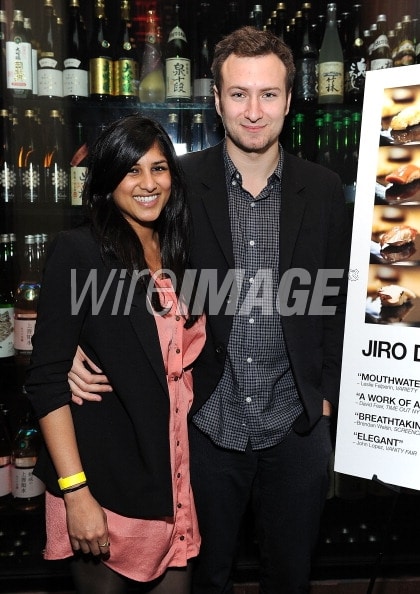 From the parish magazine:

Christine Esmeralda D’Souza, a daughter of Judge Bernadette Gomes D’Souza and Dr. Terence C. D’Souza of New Orleans, was married Oct. 1 at her parent’s home to David Gelb, a son of Donna Daniels Gelb and Peter Gelb, both of New York. The bride’s mother, who sits on the Civil District Court of New Orleans, officiated.

The bride, 32,… is an agent in the film finance and distribution group at William Morris Endeavor Entertainment in Beverly Hills, Calif…. The groom, also 32, is a director and producer in Los Angeles who created, directed and is an executive producer of “Chef’s Table,” a series on Netflix.