Players in the Fort Worth Symphony walked out of rehearsal at 12.30 this afternoon after rejecting a ‘last, best offer’ to reduce their wages.

They were required to accept pay cuts of between two and 7.5 percent.

The wealthy Texas city seems unwilling to raise the funds to sustain a well-run symphony orchestra. 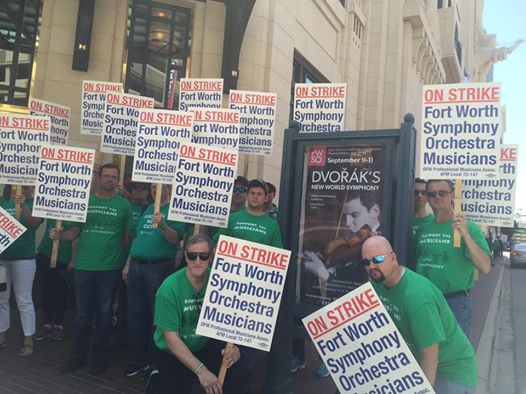 UPDATE: Drew McManus has good analysis here of the causes of the strike. It appears that the base salary for musicians is $54,000, and the organisation wants to cut back on that.

It’s Fort Worth less, from now on.

The City of Alexandria in Virginia has issued a public apology to opera singer Krista Clouse, who was arrested last week while busking for a living.

‘I would like to publicly apologize to Ms. Clouse for the way this situation was handled,’ said City Manager Mark B. Jinks.  ‘While we are obligated to enforce certain restrictions, we did not follow the correct procedure in this case.’ 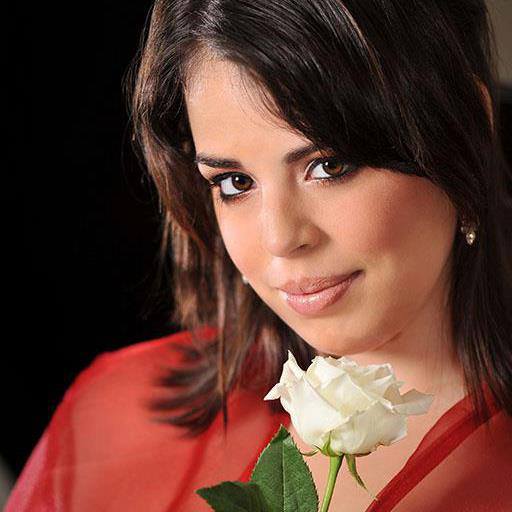 The City of Alexandria is reviewing noise ordinances regarding busking, following the recent arrest of a street performer.

Shortly before 10 p.m. on Friday, September 2, an Alexandria police sergeant observed Krista Clouse performing near the corner of King and N. Lee Streets in Old Town.  The sergeant informed Ms. Clouse that while she was free to continue singing, she could not use a speaker system without a permit.  After the singer continued to use the speaker system, she was arrested and brought before a magistrate.  The magistrate issued a warrant for a misdemeanor noise violation and released Ms. Clouse pending a trial date.

After reviewing the arrest, the Commonwealth’s Attorney advised the City that this type of noise violation should have first been addressed by a civil notice of violation.  If a written order to cease or abate was thereafter issued, and a person refused to comply with the written order, a criminal arrest would have been appropriate.  As a result, the case will not be prosecuted, and the charge will be dropped.

“I would like to publicly apologize to Ms. Clouse for the way this situation was handled,” said City Manager Mark B. Jinks.  “While we are obligated to enforce certain restrictions, we did not follow the correct procedure in this case.”

Their contract expires Sunday midnight and the players say they are losing money.

Peter Dobrin reports here on a tricky standoff where the orchestra says there’s no extra money and the players feel undervalued.

The former Roxy Music composer, a prominent BDS supporter, has ordered the Batsheva company to stop dancing his music after discovering that its tour of Italy received Israeli government funding.

‘To my understanding, the Israeli embassy (and therefore the Israeli government) will be sponsoring the upcoming performances, and, given that I’ve been supporting the BDS campaign for several years now, this is an unacceptable prospect for me.

‘It’s often said by opponents of BDS that art shouldn’t be used as a political weapon. However, since the Israeli government has made it quite clear that it uses art in exactly that way – to promote ‘Brand Israel’ and to draw attention away from the occupation of Palestinian land – I consider that my decision to deny permission is a way of taking this particular weapon out of their hands.

‘I am trying to understand the difficulties that must face any Israeli artist now – and in particular ones like yourselves who have shown some sympathy to the Palestinian cause.

‘I feel that your government exploits artists like you, playing on your natural desire to keep working – even if it does mean becoming part of a propaganda strategy. Your dance company might not be able to formally distance itself from the Israeli government but I can and will: I don’t want my music to be licensed for any event sponsored by the Israeli embassy.’

One has to wonder if Eno would ban the Bolshoi from using his music, given that they receive Russian government funding and that the Russians are presently occupying land in at least three foreign states, Chechnya, Ukraine and Syria.

All touring dance companies receive public funding. Without it, they could not tour.

Unless Eno boycotts the Russians, this will go down as a self-serving, quasi-antisemitic gesture.

The reflective, UK-based pianist does not fit well with the all-singing, all-Langing Sony list.

So he’s gone to the yellow crew, his first label switch in 43 years.

Deutsche Grammophon is proud to announce that Murray Perahia, one of the great musicians of our time, has signed to the yellow label. The American pianist intends to record key works from his repertoire, thereby preserving insights gained over the course of a career that began in the mid-1960s and continues to flourish as he approaches his 70th birthday next April. Perahia’s artistry has been fêted for its many qualities, not least its poetic eloquence, tonal nuance and spiritual depth. His move to Deutsche Grammophon follows an exclusive association with Sony Classical and its predecessor Columbia Masterworks that began in 1973.

This significant new partnership, destined to deliver interpretations of the highest artistic calibre to the DG catalogue, will be launched this autumn with the release of Bach’s French Suites. 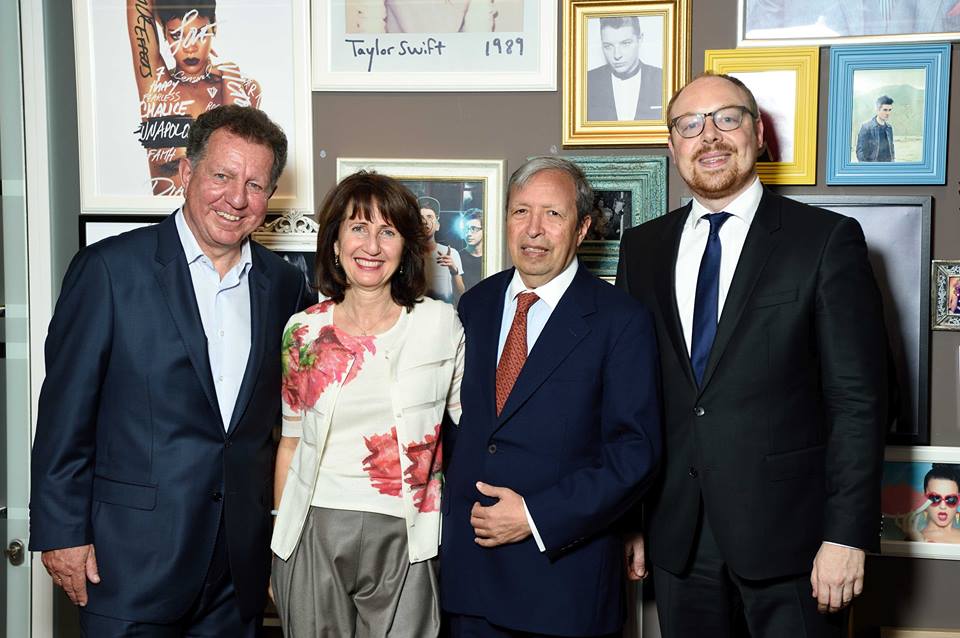 The only Sibelius is a Stravinsky arrangement, and there will be no more of him this season.

Next week, Susanna conducts Boulez, Maresz and Berlioz.  Over the next couple of months there will be Messiaen, Dutilleux, Debussy, Murail, Ravel.

Which man would take such risks in the first season of his first music directorship?

Four years after he was convicted of ‘insulting religious beliefs’ in a Tweet he posted, the international pianist and composer Fazil Say was formally acquitted today in Istanbul.

Fazil had been sentenced to 10 months in jail, suspended on condition of good behaviour. He had been reported to the police by three individuals who claimed to be offended by his atheism.

He can now resume his life, free of a criminal record.

This summer, he signed a major record deal with Warner. A boxed set of Mozart sonatas will be released this week.

It’s Nicholas Serota, transformational head of the Tate galleries for the past three decades.

Nick, 70, will become ACE chair next February but will remain at the Tate until later in 2017.

At the ACE, he replaces the hopelessly compromised Tory flak, Peter Bazalgette.

Whether Nick can restore ethics and commonsense to the inflated, out-of-touch ACE bureaucracy remains to be seen.

Meantime, congrats are in order.

Reaction to the death of the Wagnerian tenor has been shocked and swift.

The Vienna State Opera has issued this statement:

The Vienna State Opera mourns Kammersänger and honorary member Johan Botha, who died in Vienna this morning (8th September 2016) after a severe illness.

‘We are all deeply affected by this loss – Johan Botha left us way too early. We had been very much looking forward to his return on stage as Calaf, after a serious illness did not allow him to sing “his” Turandot premiere in spring. Johan Botha was one of the best tenors worldwide in his fach and has always been one of the most important
singers of our House. He is leaving a considerable void behind” – said the Director of the Wiener Staatsoper, Dominique Meyer – “to honour his merits at the Wiener Staatsoper, last year we applied for him to be appointed as honorary member of the Wiener Staatsoper and we had to postpone the conferral because of his illness, unfortunately now it is too late. Our heartfelt sympathy goes to his family in these difficult hours.’

‘As sign of mourning the Wiener Staatsoper has hoisted the black flag and is dedicating Johan Botha the next Turandot performance on September 10.’

We all here, and the team that surrounds Paavo Jarvi ( and so many of us got to sing with you -Ain Anger, Annelie Peebo, Michael Nagy, Erin Wall and and and …) will dedicate this to you, dear friend and esteemed colleague.
Johan and may you rest in peace! 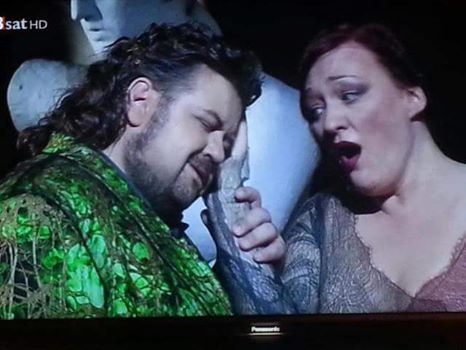 Kasper Holten, director of the Royal Opera in London, tweeted: So sad to hear of Johan Botha’s death – will never forget his last performance in Die Frau ohne Schatten

The great Wagnerian tenor Johan Botha died this morning of cancer. He was 51.

A South African, he made his local stage debut at 24 in 1989 and moved to Vienna the following year. By the mid-1990s, he was a fixture at the Met and the Vienna Opera in the major Wagner roles, as well as Verdi’s Don Carlo, Vespri Siciliani, Aida and Otello. Impressive performances were sometimes marred by adverse criticism centred on his body size.

He made his Bayreuth debut as Siegmund in 2010, conducted by Christian Thielemann, returning in a new Ring cycle in the same role under the baton of Kirill Petrenko from 2013 to 2015.

In the past year, he cancelled most appearances due to cancer. He spent the last month in South Africa, saying his farewells and raising funds in a last recital for a liver cancer charity.

He died in Vienna, surrounded by family.

Our condolences to Sonja and the children.

Les Bougies Baroque have a reputation for paying very little to British musicians – usually £60-70 per concert, involving 2-3 rehearsals, plus performance.

Now they are going even lower, asking the players to pay their own train fares to Bath, at least £20. Basically, they are asking professionals to play for next to nothing. Be warned.

UPDATE: She will make her Helsinki debut next month, invited by Susanna Mälkki, music director of the Helsinki Philharmonic. Programme: