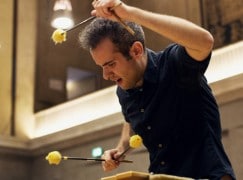 An Italian percussionist, Simone Rubino, has been named winner of the Credit Suisse Young Artist Award 2016. The prize is SFr 75,000 ($75,782) and a concert with the Vienna Philharmonic.