Delta broke the neck of my beautiful viol

Montreal instrument maker Francis Beaulieu has sent us this picture of a viol he made for a client, who took it on the DL1870 Delta flight last Saturday from Atlanta to Montreal. 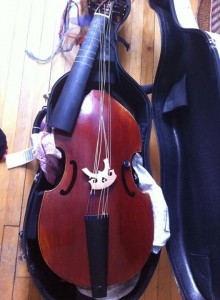 Somehow, the instrument was manhandled to such an extent that its neck was broken in transit. Francis says this ‘is typical of what happens when an instrument in its case is dropped, or receives a violent shock. As a viol maker and restorer, I have seen that kind of damage many times after airplane incidents.’

The owner tells us: ‘It was a checked baggage and was traveling in a big flight case (that has done several other trips before). The case shows signs of a big impact on the side of the head. The neck was broken and the body of the instrument was damaged (it chipped) by the impact of the neck breaking.’