The conductor Gennady Rozhdestvensky, an avowed Anglophile, has ended his three-year survey of English music, titled ‘Albion’, with a rare performance of The Critic, an opera by Charles Villiers Stanford, after Richard Brinsley Sheridan.

Since 2011, Gennady has conducted 38 works by 20 composers, ranging from Elgar’s Enigma Variations to such esoterica as Cyril Scott’s violin concerto. Here’s a summary of the series (in Russian). 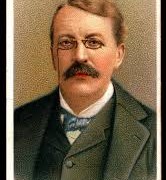