The man who tried to kill an opera house

Ian Campbell got tired of running San Diego Opera. He had been doing the job for 30 years, was 68 years old and was going nowhere. So he persuaded the board that the company was not worth keeping.

Then a feisty lady called Carol Lazier gave a million dollars and led a boardroom revolution. Half the board resigned. Campbell, who was making $488,875 a year basic and had hired his wife, now ex, at similar rates, was suspended. Ms Lazier and friends raised another $2 million in no time flat. San Diego Opera has a future.

Last night, it severed its connection with Ian Campbell. Lawyers are negotiating compensation. 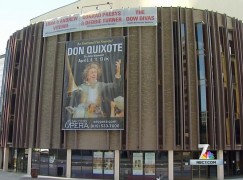