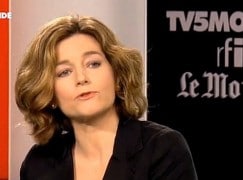 Night of the long knives at three failing newspapers

Le Monde forced the resignation of its editor, Natalie Nougayrède.

Both women are fairly recent appointments. Both had new ideas. Neither was welcomed by the old guard.

In Vienna, the founder-editor of Der Standard, Oskar Bronner, was nudged into retirement. That’s three chiefs in a single day.

The newspaper industry is spiralling towards irrelevance. Rearranging the deckchairs on the top deck will not save the sinking ship.

« Why Karajan’s daughter devotes herself to Shostakovich