Delighted to see on Guy Damann’s tweets that Dame Janet Baker has received a lifetime award from Gramophone magazine.

During the Lebrecht Interview this summer, she broke into a huge grin when I mentioned her nickname – ‘Dame Granite’ – and cheerfully acknowledged that she thought it her duty to come into work on the first day of rehearsal knowing not just her own part but everyone else’s by heart. She was the rock on which the opera world could always depend.

I am so thrilled that her lifetime record has been so warmly  recognised.

You can listen to the interview here.

Swedish poet Tomas Transtroemer has won the 2011 Nobel Prize for Literature. He is the eighth Swede in 110 years to walk off with the award, which is judged by the Swedish Academy. Local patriotism? Perish the thought. Sweden is plainly a nation of literary geniuses.

This is Transtroemer at the piano from poetry dispatch. And here’s him reading Madrigal.

Here’s the first account I have received from a member of the audience at Valentina Lisitsa’s recital at Perivale church last night:

There were fans from all points of the compass who had made the journey to West London – It was standing room only by start time. Val’s playing was stupendous. The colour and range that she coaxed from the piano were unbelievable – the gradual fading of crescendi persisting as gorgeous pianissimo movements entered the consciousness – sounds that I never could imagine coming from just one instrument. Fingers caressing the keys before exploding into a mesmerising flurry of movement and amazing sound. My heart was racing and I was only a spectator!
By the end there was a buzz of excitement and joy as the audience crowded round to meet and greet a truly great pianist who deserves to grace all the great stages of the music world.

Val’s on a train to Paris at the moment, but expect to hear more…. 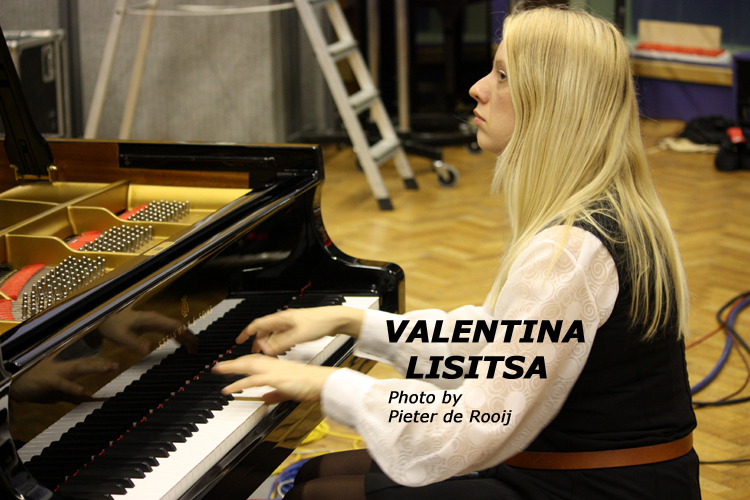 In Paris this week working on a forthcoming BBC documentary about Barbara, I was interviewing Barbara’s manager Charley Marouani (who has never talked about her before) when he mentioned a name I had only ever heard before in a literary context.

Elias? I prompted, thinking of the author of Auto-da-fe.

No, Nissim, known as Jacques, his brother. ‘Without Jacques,’ said Charley, ‘there would be no French chanson’.

Jacques Canetti, who died in 1990, had a club called les Trois Baudets, where the likes of Jacques Brel, Georges Brassens, Serge Gainsbourg, Anne Sylvestre and many others got their first date. He went on the become head of productions at Polydor and Philips, fostering not just the singers but their entire genre, Barbara included.

Unknown outside France, he wrote a memoir On cherche jeune homme aimant la musique, 1978, Editions Calmann-Lévy, Paris, that I have just ordered.

Charley Marouani, who is 85, is also about to publish his memoirs, Une Vie en Coulisses (Fayard). Theirs was a respectful métier.

The next music director of the Vienna Symphony Orchestra will be …. drum roll … Philippe Jordan.

He takes over in 2013 from Fabio Luisi, who is far too busy to continue (for reasons reported elsewhere).

It’s a good call for Vienna. Philippe, 36, son of the Geneva conductor Armin Jordan, is displaying great sensitivity and skill as music director of the Paris Opéra. Watch him on video here.

Who knows? He might even get to be next head at the Met.

(with Nicolas Joel, Napoleonic director of Paris Opéra. Cut out and substitute picture of Peter Gelb.)