The New Japan Philharmonic Orchestra is streaming a performance of Mahler’s fifth tomorrow with conductor Daniel Harding with a view to raising awareness of the continued need for aid to Japan’s earthquake, tsunami and nuclear disaster victims.

Daniel was in Japan during the crisis and, as I reported then, tried to rally other artists to remain. He pledged to return and has made good his promise. Here’s the press release with all streaming details. I shall certainly try to catch the performance. 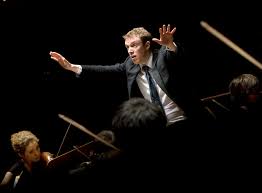 With the cooperation of the Sumida Triphony Hall, the New Japan Philharmonic will hold a charity concert  featuringworld-renowned conductor Daniel Harding. The concert will be broadcast on USTREAM.

On March 11, the day of the East Japan Great Earthquake, Daniel Harding was in Japan, scheduled to hold his celebratory first concert as Music Partner of NJP.  He was on his way to the final rehearsal of the concert when he experienced the magnitude nine earthquake himself. Though the concert of that evening was held as scheduled, the next three concerts were cancelled, and he reluctantly left the country four days later.

Ever since those days in Japan in March, he had a strong desire to hold a charity concert, a wish that will come true on June 20th. This USTEAM broadcast will be accessible both in Japan and overseas, to anyone who has an Internet connection.  At the time of the broadcast, a Japan Red Cross donation window will be shown concurrently in order to collect donations online. These funds can be collected not only in Japan but also from overseas locations (using PayPal).

At present, three months after the earthquake, though progress has been made in the recovery of many areas, some 90,000 people area still living in shelters, and circumstances in a number of areas remain as they were immediately after the earthquake.  In light of this situation, we hope to make this an opportunity to share this concert simultaneously with those who for whatever reason are unable to attend this concert, including the disaster victims themselves and others who live far away—and one way of supporting the reconstruction effort.

Conductor Daniel Harding, the man who proposed this concert, comments as follows:“Maybe music, amongst the many great achievements of mankind, can help us to try to comprehend the magnitude and the context of such suffering. Maybe music can also help us, in the smallest way, to begin to heal.As musicians we can try to provide those in need with happiness, emotion, vitality and courage through beautiful and thought-provoking music.”We would very much appreciate your cooperation on announcing this meaningful event.