Nicola Benedetti has been whisked in to replace Janine Jansen, who is unwell. It’s her proper debut with the orch, the previous appearance having been a bit part in September 2011 in Andrea Bocelli Live in Central Park, performing Lorin Maazel’s arrangement of Rodrigo’s “En Aranjuez con tu Amor” (Nicky, how could you?). This time she’s playing Szymanowski (phew!).

Also on debut with the Phil is the London Philharmonic’s Vladimir Jurowski. (What took them so long?) 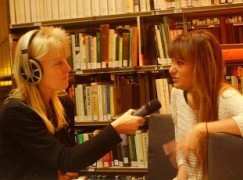 Violinist Nicola Benedetti will make her New York Philharmonic subscription debut —
replacing Janine Jansen, who has been advised by her doctor not to play for at least a week — in
performances of Szymanowski’s Violin Concerto No. 1. Vladimir Jurowski will make his
Philharmonic debut conducting the concerts, Wednesday, May 21, 2014, at 7:30 p.m.; Thursday,
May 22 at 7:30 p.m.; Friday, May 23 at 2:00 p.m.; and Saturday, May 24 at 8:00 p.m. The
program will conclude with selections from Prokofiev’s Cinderella.

Nicola Benedetti made her New York Philharmonic debut in September 2011 in Andrea Bocelli
Live in Central Park, performing Lorin Maazel’s arrangement of Rodrigo’s “En Aranjuez con tu
Amor” alongside Mr. Bocelli, conducted by Music Director Alan Gilbert. Szymanowski’s Violin
Concerto No. 1 is the work with which Ms. Benedetti won the BBC Young Musician of the Year
competition in 2004; it also featured on her debut recording, recorded with the London
Symphony Orchestra led by Daniel Harding on the Deutsche Grammophon label.

An article in the tabloid Sunday Mirror reports the possible rediscovery of an instrument that may have been played on the Titanic as it went down.

I have inserted several disclaimers into that sentence. You may wish to add more.
The instrument is the subject of a new book by pop biographer Steve Turner. He is coy about disclosing where and how the instrument was found, and how it might be considered playable after a hundred years’ immersion at the bottom of the ocean.
However, he claims it is being subjected to tests at a reputable auction house and, if validated, if going to be sent on tour next year before a public sale, at which he estimates it might fetch as much as a million pounds.
Here’s the story. 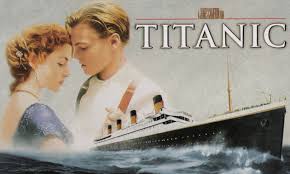 The putative value of this object has, of course, nothing to do with music. It is merely accompaniment to the Winslet-DiCaprio romance.
The bandleader’s name, by the way, was Wallace Hartley.

A mutual friend has just informed me of the death on Friday of Raymond Cohen, the last leader appointed by Sir Thomas Beecham at the Royal Philharmonic Orchestra. Raymond, who was 91, was the perfect concertmaster, leading by example and preserving corps morale through thick and – often in the RPO’s history – thin. He held the post for six years, 1959-65.

Raymond appeared often as a soloist with orchestras and in chamber music with his pianist wife, Anthya Rael. Their son is the cellist, Robert Cohen.
This is Anthya’s painting of Raymond teaching ((c) Lebrecht Music & Arts).
Krzystof Chorzelski, viola player of the Belcea Quartet, has just messaged this tribute:
Raymond was an amazing man. His love for music and the violin was o the purest kind. My afternoons with him and his friends playing through Haydn, Mozart quartets were unforgettable. He was always kind and funny. Eternally young. Saw him for the last time in hospital the day before he died (I had an inkling that it was the last time) and his charm, wit and unfailing interest and love of music were all there in abundance…

A friend who is writing a play about a parent who resents his child’s musical talent wonders if there is any known instance of an adult actually destroying an instrument because he or she cannot bear the child moving in an uncontrollable direction.

I’ve racked my brain and can’t think of one. There are instances of self-harm among musicians who feel technically inadequate – Schumann, the most famous – but can anyone call to mind an enraged parent smashing a violin against a wall, or taking a sledgehammer to the piano?

I got pretty close to the edge when one of my daughters transcribed her repertory and played it on the penny-whistle, but both she and the instrument survive in good nick and I am quietly coaching her two year-old tot to exact an appropriate revenge. All in good time…

Can anyone come up with a personal or historical incicent of an older person – doesn’t have to be a parent, could be teacher or priest – who took out their frustration on the object that emitted the music? All contributions gratefully received. There’s plenty of space below.

It’s George Washington in reverse: kiddie, I cannot tell a lie. It was me who snapped your oboe in half and stamped the trumpet into a doormat.