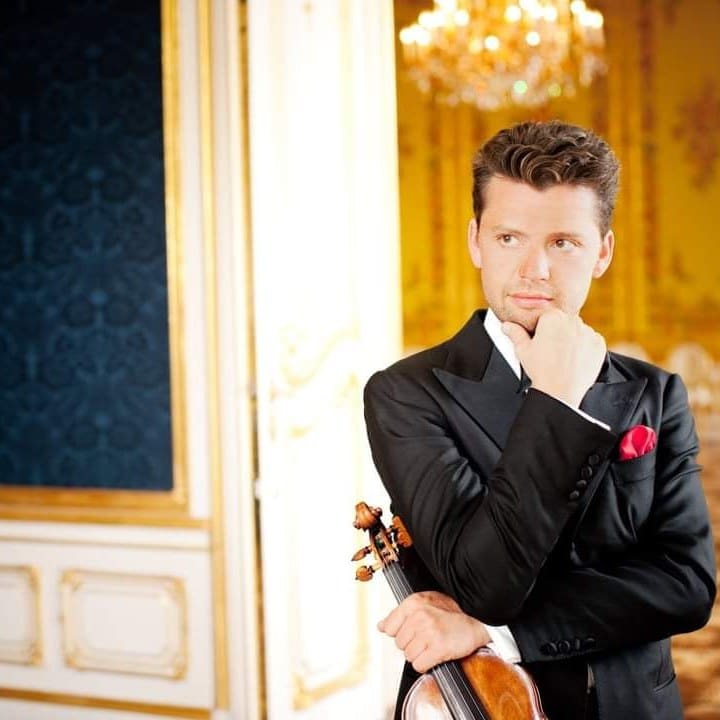 Just in: Julian Rachlin gets an orchestra

The Lithuanian-born Austrian violinist is about to be named music director of the Jerusalem Symphony Orchestra, starting in October.

Rachlin, 48, has enjoyed an extensive solo career. Over the past decade he has added guest conducting to his brief, but this will be the first time he has achieved a music director role.

He is also about to become principal conductor in Kristiansand, Norway. Rachlin is married to the Canadian violinist Sarah McElravy.

The JSO is a former radio orchestra that has endured conductors of varying ability in the 21st century – chiefly, the American college president Leon Botstein and the French composer and pianist Frédéric Chaslin. It has recently improved under the American-Israeli condcutor Steven Sloane, but Rachlin will have a challenge to raise it to international standard.

He says: ‘I’m immensely grateful and excited to take on this new role. Having performed regularly in Israel over the last 35 years, the trust the musicians and the City of Jerusalem have placed in me is particularly meaningful. I’m incredibly fortunate to work with such highly skilled artists and such a highly motivated team in a city where I feel very much at home, and can’t wait to embark on this joint musical journey.’

Zelig Rabinovitz, Chair of the JSO Board of Directors, says: ‘The orchestra was looking for a strong and dedicated leader to enhance its artistic excellence, and elevate the organization’s profile globally. We have found that leader in Julian Rachlin, and we are exceedingly
happy to welcome him in Jerusalem!’

« Trombones go to war over theft at parcel firm