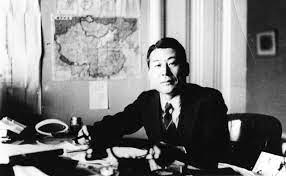 Japan’s Holocaust hero is commemorated in a symphony

Chiune Sugihara, a Japanese consular official in Lithuania, is thought to have saved up to 6,000 Jewish families from certain death by issuing them with transit visas which gave them passage to China.

His work was reongised in Israel in 1984, two years before his death.

« How black was Beethoven