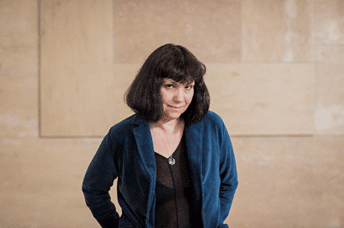 The Salzburg Festival has appointed Marina Davydova, 56, as Director of Drama from October 2023.

She was formerly at the Wiener Festwochen.

Before that, he career was rooted in Russian theatre (see below) The festival under Markus Hinterhäuser is looking firmly east.

Author:
Marina Davydova is the author of the monographs The End of the Theatre Epoch (2005) and Culture ZERO (2017), analysing the last twenty years of the history of Russian theatre. She is also the editor and co-author of the book The History of Western European Theatre since the Renaissance until the End of the 19th Century.

Theatre Critic:
For many years she was the theatre reviewer for Izvestia, one of the oldest Russian newspapers. Until March 2022 she was the editor-in-chief of the journal TEATR and a columnist for Colta.ru. Marina Davydova regularly publishes articles in the German theatre magazine Theater heute.

Awards:
She received numerous awards for theatre criticism, including the 2007 Prize of the Union of Journalists of Russia as the best theatre reviewer. In 2005 she won the Stanislavsky Award for the best book of the year.

She is, however, an opponent of Putin’s war: ‘On 24 February 2022, the day Russia launched its war of aggression against Ukraine, Marina Davydova published a petition against this war. As a consequence, she received threats by letter and telephone, surveillance cameras were installed on her house, and the door to her apartment was branded with a large letter “Z”. Therefore, on 5 March she was forced to leave Russia. She has been living in Berlin ever since.’