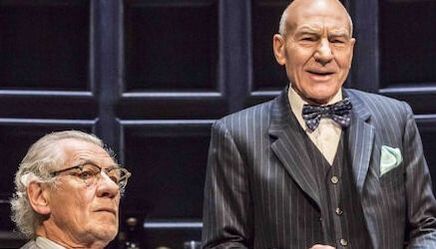 Ruth Leon recommends performances to knock your socks off

One summer’s evening, two ageing writers, Hirst and Spooner, meet in a Hampstead pub and continue their drinking into the night at Hirst’s stately house nearby. As the pair become increasingly inebriated, and their stories increasingly unbelievable, the lively conversations turn into a revealing power game, further complicated by the return home of two sinister younger men.

Watching this revival production from 2016, which triumphed on Broadway, in the West End and on television, one gets the strong sense that these two actors are having a wonderful time playing these typically Pinteresque oblique characters.

You have to be a big fan of the game of cricket – Pinter was – to realise that all four of the play’s characters are named for famous cricketers, in one of Pinter’s more obscure jokes.