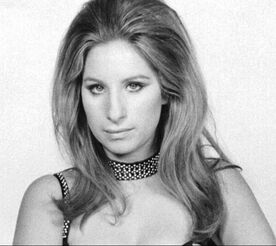 Cry Me a River – Barbra Streisand

​It’s such a cliché to say that a star is born. Yeah, yeah, I hear you say, there’s a star born every minute. But if I tell you that 60 years ago, in a little club on the West Side of Manhattan, a star was indeed discovered.  Her name was Barbra Streisand and she was 18 years old. She had been engaged for two weeks. That engagement was extended to eleven weeks and it became a ‘don’t miss’ event.

This week the songs she sang at that first engagement at the Bon Soir are being released for the first time in a brand new restored recording Live at the Bon Soir. It was recorded live in the club at the time but her new record company decided that her first recording should be made in the studio instead. If I say “the rest is history” I know all of you will abandon me for someone less addicted to cliché but, again, it’s true, which is the fate of so many useful cliches.

Check out this, the original recording of Cry Me a River, one of the greatest of all torch songs sung by one of the world’s greatest singers when she was just 18 years old. Of course there was no video at the time but the record company has made this clever teaser to give us a sense of what it was like in 1960 when, okay, I’ll say it again, a star was born.

« Prague Spring to be opened by the Welsh