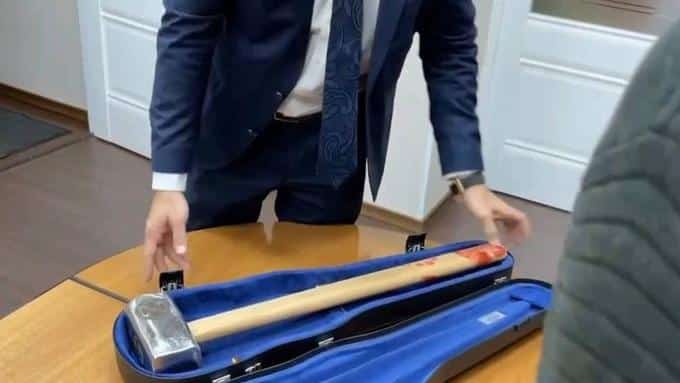 The Russian war criminal Yevgeny Prigozhin, head of the Wagner mercenary group, has sent a bloodied sledgehammer in a violin case to the European Parliament in Strasbourg.

The delivery followed Wednesday’s vote by the Parliament declaring Russia a ‘state sponsor of terrorism’.

Yevgeny Prigozhin’s reponse appears to confirm the veracity of that resolution. The musical reference remains obscure, unless it’s the old mafia method of murder.

🇷🇺social media share📹, in which allegedly a representative of Yevgeny Prigozhin handed over to a «representative of the 🇪🇺Parliament»a violin case with a sledgehammer inside, engraved with Wagner PMC logo and with traces of «blood» on the handle, calling it an «information case» pic.twitter.com/58SJqCyWUE

An essential Requiem for our tormented times »