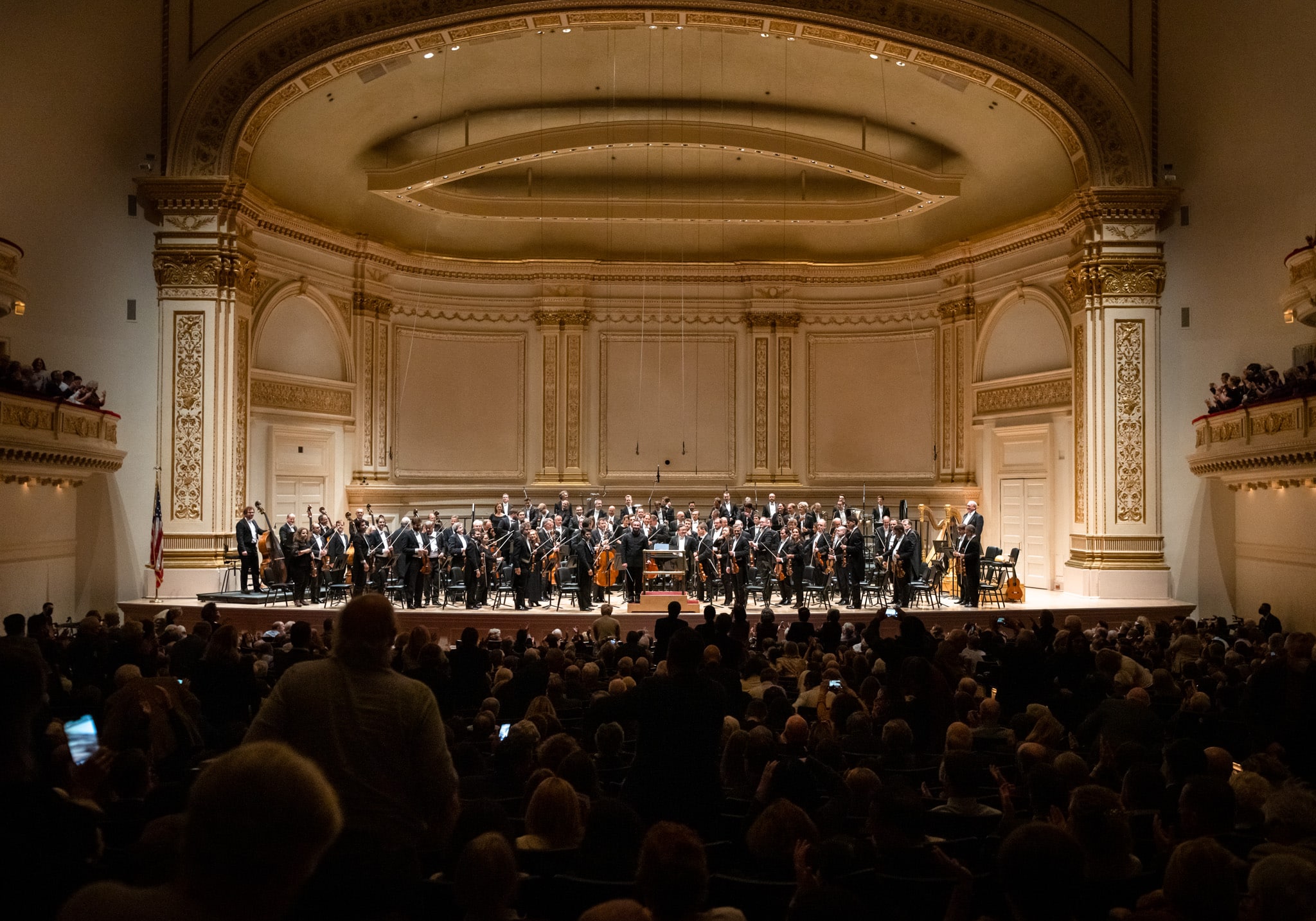 Slippedisc.com has the first review (and picture) of last night’s long-awaited return to Carnegie Hall by the Berlin Philharmonic Orchestra, with its chief conductor Kirill Petrenko. Our reviewer is the eminent arts critic and festival organiser, John Rockwell. Here’s John’s report, filed just after midnight.

Kirill Petrenko has had a downright astonishing career trajectory, from Omsk in Siberia to training in Austria to the Komische Oper in Berlin to the great opera houses (Munich) and symphony halls (now Berlin) of the world, most everywhere receiving rapturous acclaim.

So his three concerts with his Berlin Philharmonic at Carnegie Hall — a joint debut postponed two seasons by the pandemic – naturally drew an excited audience and elicited prolonged cheers.

I haven’t heard him nearly as often as audiences abroad. But I have heard him often enough live and recorded to venture some generalizations, and his work at Thursday night’s opening Carnegie concert, broadcast live worldwide, conformed to previous encounters.

The New York programs opened and will close on Saturday with Mahler’s Seventh Symphony, without intermission or another piece on the program. On Friday comes a mixed program of Andrew Norman, Korngold and Mozart (the First Violin Concerto with the Philharmonic’s American first concertmaster, Noah Bendix-Balgley, as soloist).

So the Mahler Seventh was the prize, to be heard twice and a Petrenko favourite: he recorded it with Ihe Bayerisches Staatsorchester when he was still running the opera in Munich.

First, before we return to Petrenko, the Philharmonic itself, although its superb playing has been sustained, maybe even perfected, under his leadership. The musicians crowded the Carnegie stage and sounded fabulous as a full ensemble. But it was the sectional and solo playing that astonished. Especially in the second movement, the first Nachtmusik, the tiniest details sounded elegant, particularly the wind solos echoed as from afar. It was magical.

Petrenko’s podium manner is restrained, precise, completely in control. He is the opposite of flamboyant, which is refreshing for those who abhor showboating. He knows what he wants and how to get it down to the last detail.

But, and here’s the but: Petrenko didn’t quite achieve the grand climaxes Mahler intended. They were loud; they made their mark. But they didn’t cap a movement in a deeply satisfying manner. Sometimes, as in the concluding Rondo finale, Petrenko seemed to rush the climactic passages in a way that undercut their impact. Wit and excitement were sacrificed first to beauty, finally to speed.

One has to think back to Leonard Bernstein, who did so much to establish the Mahler symphonies as repertory staples. Particularly to memories of his New York Philharmonic concerts in the 60s and his first go at recording them back then, all in Carnegie Hall, make a telling comparison with Petrenko. The Bernstein performances had a brash even if sometimes scrappy urgency missing on Thursday.

The German word Schwung has multiple translations, but for me it suggests a driving energy that propels a score and a performance. Bernstein’s Mahler, and Mahler Seventh, had that propulsive drive and Petrenko’s did not.

This is a pattern that from what I’ve heard  characterizes Petrenko’s conducting in general. In opera and concerts his mastery is absolute, details pouring forth with entrancing clarity. But the passion can go missing.

Perhaps there is polite Mahler and impolite Mahler: careful, sane articulation of this music and something wilder, maybe cruder but more exciting. And to me, more satisfying. On Thursday Kirill Petrenko and his wonderful orchestra sounded just a bit too polite.