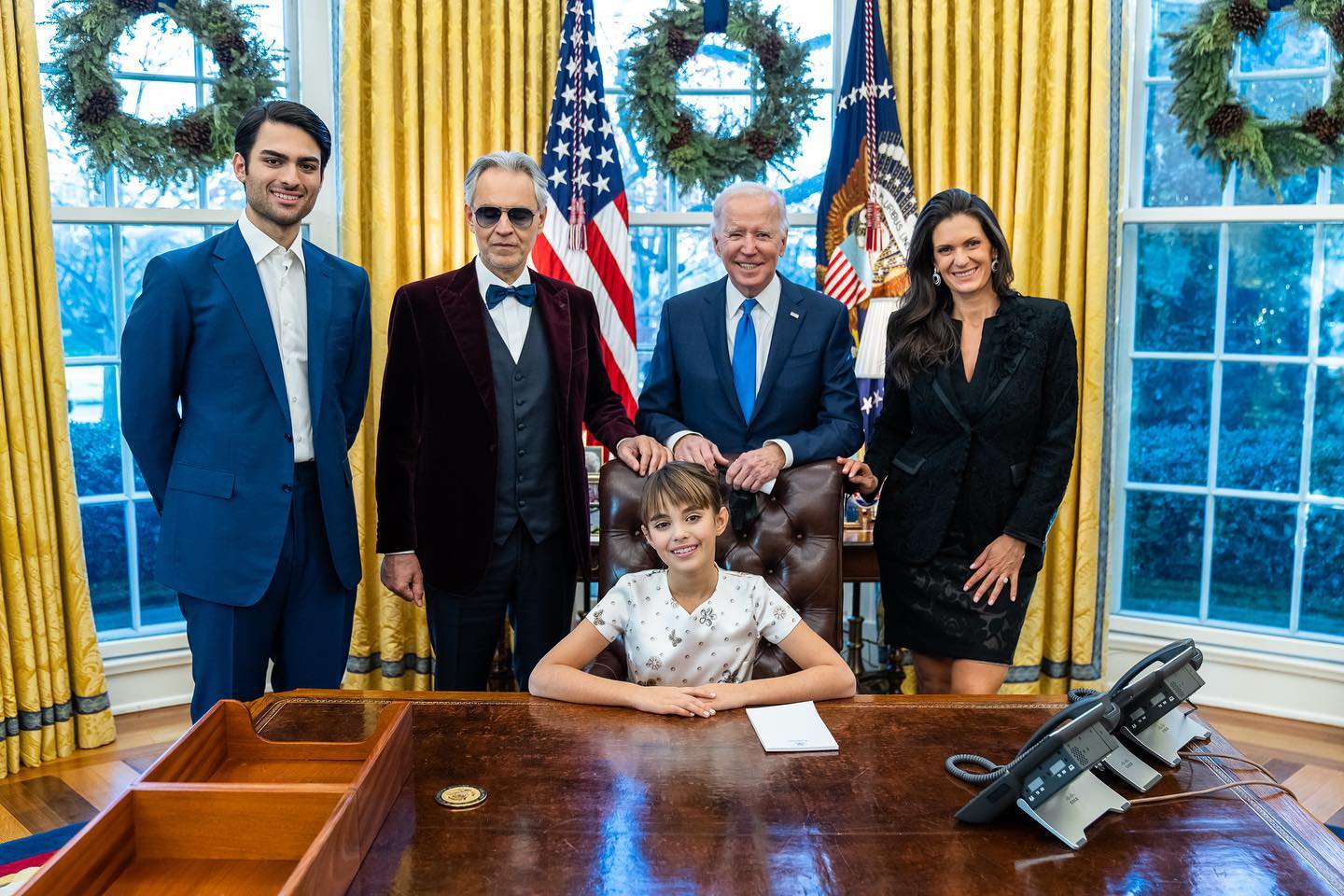 In a breach with the Trump cultural boycott, the full presidential team will turn out next week for DC’s big night of the arts.

Biden knows what he likes (pic).

Press release:
The John F. Kennedy Center for the Performing Arts announced today that President Biden, First Lady Jill Biden, Vice President Kamala Harris, and Second Gentleman Douglas Emhoff will attend the 45th Kennedy Center Honors on Sunday, December 4. Seated in the presidential box in the Opera House adjacent to the Honorees, they will join an audience of over 2,000 to pay tribute to George Clooney, Amy Grant, Gladys Knight, Tania León, and members of U2 (Bono, The Edge, Adam Clayton, and Larry Mullen Jr.). This is the second consecutive year of the Biden-Harris Administration in which the President, First Lady, Vice President, Second Gentleman have attended the nation’s highest award for lifetime achievement in the arts. The Kennedy Center is a living presidential memorial to the country’s 35th President, John F. Kennedy.