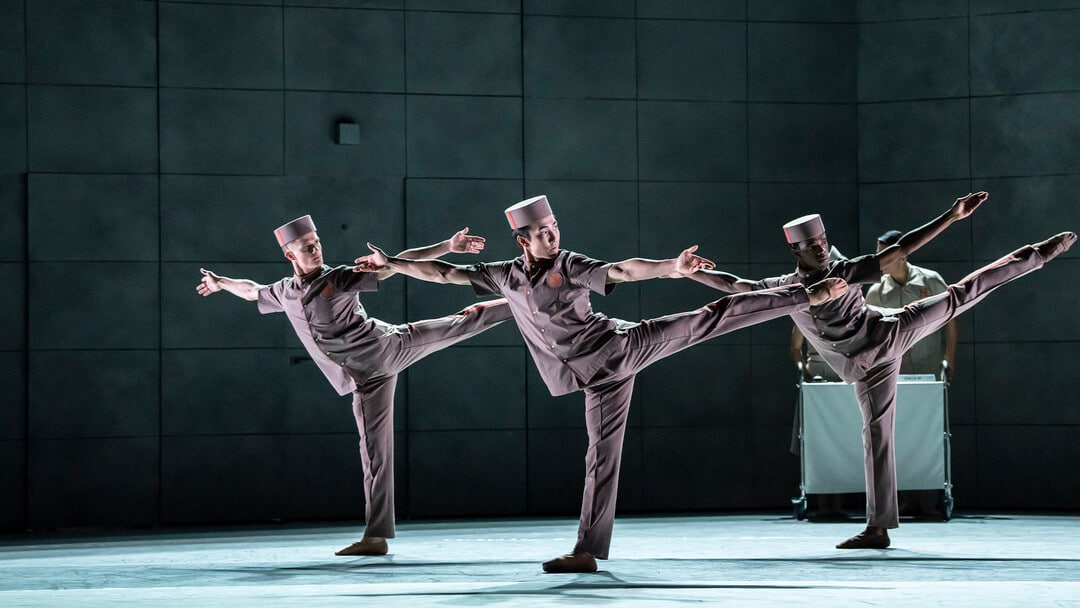 Alastair Macaulay: Carlos Acosta cannot get into the music

The title of Birmingham Royal Ballet’s triple bill Into the Music addresses the issue that, for many people, is fundamental to dance as art: the harmony between sight and sound, and specifically the response of choreography to music. The programme, which opened in Birmingham last month and runs all this week (November 2-5) at Sadler’s Wells Theatre, is also an important introduction to the taste of the Birmingham Royal’s new artistic director, Carlos Acosta, who, taking the job immediately before the 2020 lockdown, has still achieved relatively little. The three scores are agreeably played by the Royal Sinfonia, conducted by Koen Kessels. The final work is to Beethoven’s symphony no 7, which Wagner called “the symphony of the dance”; it introduces many of us to the choreography of Uwe Scholz, who made more than a hundred ballets (mainly in Zürich and Leipzig) before dying in his forties in 2004.

There are, however, pervasive problems. Each of these ballets is choreographically horrid – each a different kind of horrid – and in two cases vile. They are delivered with over-emphatic facial expressions that further undermine the choreography, powerfully communicating the dancers’ belief that the choreography cannot be trusted to make its own expressive points. And these ghastly facial exaggerations are surely Birmingham Royal characteristics that pre-date Acosta.

Jirí Kylián’s Forgotten Land (1981) and Scholz’s The Seventh Symphony (1991), both of which had their premieres with the Stuttgart Ballet, are over-scaled responses to important works of classical music. Forgotten Land is to Benjamin Britten’s Sinfonia da Requiem. (Why did Scholz title his Beethoven ballet The Seventh Symphony as if there were no seventh symphonies by such composers as Haydn, Mozart, Schubert, Mendelssohn, Bruckner, Mahler, Shostakovich?) It’s hard to spot a small step in either Kylián’s or Scholz’s ballets. The Seventh Symphony has a very few passages of footwork that do not stretch above the waist, but also all the evening’s most appallingly over-scaled images.

Ballet is an art of spatial complexity and three-dimensional plasticity, and yet both Forgotten Land and The Seventh Symphony are made with minimal use of diagonals in either space or use of the body: horizontals and verticals are almost all you see. When you see The Seventh Symphony starting with the same choreographic device as Forgotten Land – numbers of dancers all facing upstage, backs to the audience – you wonder why on earth Acosta had the daft idea of putting them on the same program.

The late Clement Crisp, dance critic to the Financial Times for decades, enjoyed comparing Kylián’s brutalist, unsubtle, over-intense choreography to the torments of the dentist’s chair. Crisp was by no means wrong about Kylián, and yet Forgotten Land is the most evening’s refined work. Only in Forgotten Land , for example, do we see partnering as something two-way, with women sometimes supporting men. Although Kylián’s women are too often lifted, propelled, and supported by their men in huge shapes, these shrivel beside the epic horrors of Scholz’s Beethoven manipulations.

Or do you like Women As Bendy Toy choreography? Well, it’s a regrettably large genre, with the Stuttgart Ballet a leading proponent for overt fifty years (and the Royal Ballet at Covent Garden catching up more recently). If so, don’t miss The Seventh Symphony.

To a minor transitional passage of music in the first movement of The Seventh Symphony, multiple women, in the splits on the floor and heads down, are dragged horizontally onto and across the stage by their men. (Few images of the systematic degradation of women have dismayed me more.) To a gentle, poignant melody later in the work, a ballerina is brought onstage with her legs wide apart carried overhead. This isn’t “into” the music; it’s offensively against it.

Wagner was no dance expert, but his “symphony of the dance” remark about Beethoven’s Seventh regrettably inspired many fatally over-ambitious choreographers (including Leonide Massine and Twyla Tharp) to burn their fingers on it. Many of us especially love the sublime Adagietto second movement of Beethoven’s Seventh, where Scholz’s both militaristic and marionette-like, anti-humane, use of dancers proves especially galling.

In what ways does Acosta think Morgann Runacre-Temple’s Hotel is “into the music”? This foolish piece is chiefly an essay on the meeting of live film and choreography, but its music, by Mikael Karlsson, is trivial, tepid, semi-jazz, largely applied as a film score, as imposed atmospherics. The story is silly, a camply surreal essay (very sub-Matthew Bourne – think of his Play without Words) about guests and hotel staff and – oh no – food poisoning. There are no interesting steps or configurations. The film technology, sometimes suggesting multiple locations, is the only feature of note.

In Hotel, Beatrice Parma (the Assistant Manager) and Tzu-Chao Chou (the Manager) direct knowingly wide-eyed gazes both at camera and at audience: film sometimes expands their faces to stage height. Chou plays the fourth movement of The Seventh Symphony with epic-scale smiles of roguish flirtation, while the very pretty Céline Gittens maintains the same big smile throughout the first movement. Most of the dancers follow suit: this Birmingham broadcasting of facial coquetry could not be worse for Beethoven.

Finn maestro takes second job at opposite end of Europe »