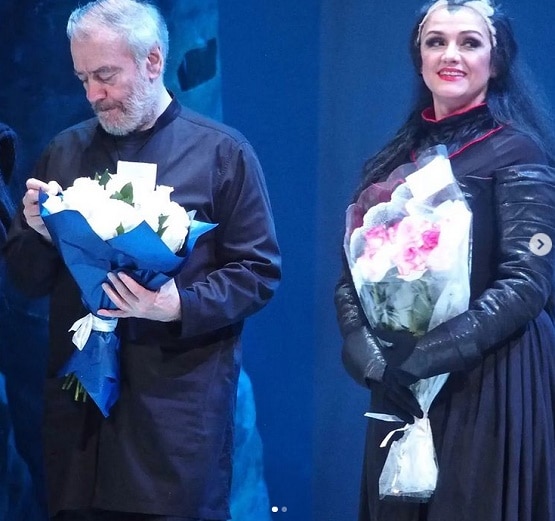 The Mariinsky conductor, banned in most of the world for being Putin’s baton, is just back from a tour of the frozen east – six concerts in Salekhard, Krasnoyarsk, Surgut, Khanty-Mansiysk and Naryan-Mar.

He says:
‘It is very important that we preserve the traditions of such performances in Russia. For example, we have been to Khanty-Mansiysk dozens of times already, and we feel at home there. This time we gave two concerts in the city, including a daytime concert for young people. Prior to that, we visited Surgut, the festival in memory of Dmitry Hvorostovsky in Krasnoyarsk and Salekhard.

‘And we ended this tour with a concert in Naryan-Mar, where we performed for the first time. The hall was also attended by children from local art schools and music schools.

‘For this tour, we have prepared a program that includes works by the greatest Russian composers and several wonderful works by foreign authors. In addition to the pleasure that these works can give the listener, they once again demonstrate the boundless power of music that overcomes any barriers that do not really exist.’