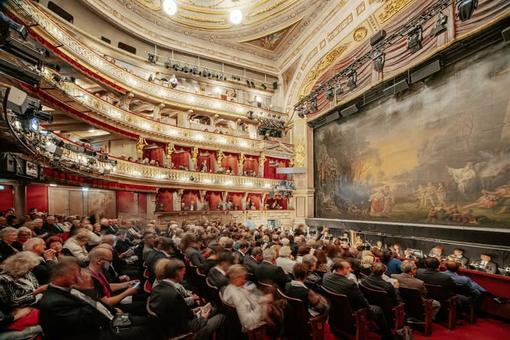 From an open letter by Klangforum Wien to the directors of the national broadcaster ORF:

ORF Radio is preparing to remove content and entire series from the Ö1 program or to shorten it beyond recognition: ZEIT-TON, the Ö1 JAZZ Night, the Long Night of New Music, art radio and other formats are affected. All in all, it’s about at least 575 hours of contemporary, mostly Austrian music that will disappear….

There is a threat of a clear cut with unprecedented damage to the domestic music scene and the associated economic value chain, which composers, publishers, labels, festivals, concert halls, jazz clubs, performers…

The ORF’s plans would be tantamount to fatal damage to the good reputation and international standing of Austria as a music country – not to mention the own weakening in the European Radio Union (EBU) due to the lack of content to be offered.

The petition is signed by most major Austrian cultural institutions.