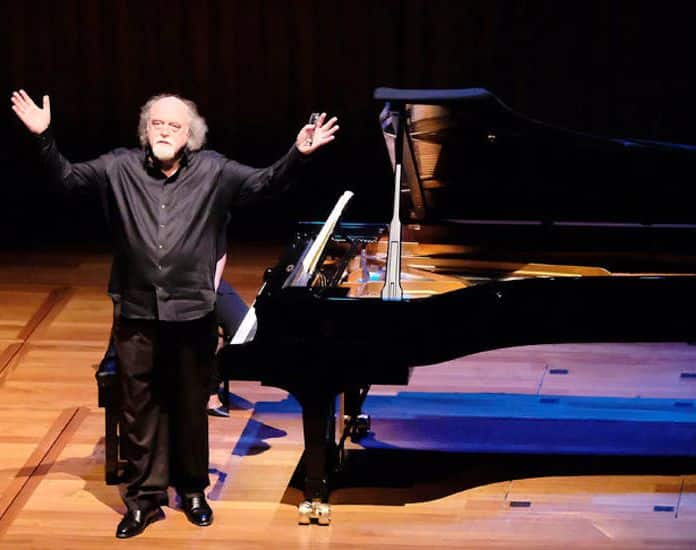 Not every piano is a Stein…

Not just the opening track of Haydn’s little known variations on the Austrian imperial anthem, ever so slightly giggly and irreverent.

But the piano sound was unusual in being both delicate and robust.

Clearly not an antique, but a modern instrument of great evocative flexibility.

So not a Steinway.

The sleeve notes did not specify.

So I asked Peter Donohoe and got this reply:

It is a Steingräber. The first release was recorded at the Steingräber factory in Bayreuth; because of Covid we were prevented from going to Bayreuth for the second release – due next year – so we brought the Steingräber to the UK instead.

« Sadness as Paris concertmaster dies at 59

Playing Beethoven piano from the inside »