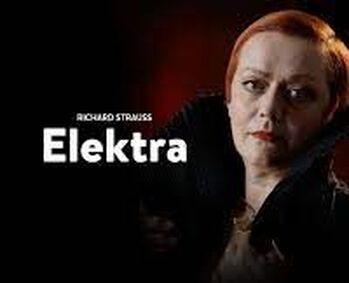 This is a new Australian website which offers sensible access to live opera performances online and then gives you six months to watch what you purchase, anywhere, anytime. Each Victorian Opera performance is streamed live on the performance date and subsequently  available on demand for six months. Watch when you want and as many times as you like.

Richard Strauss’ Elektra yearns to avenge the murder of her father, King Agamemnon. Her brother, Orestes, returns to cleanse the palace of its evil. From her obsessive beginnings to her final dance of vengeance and collapse, Elektra’s journey to catharsis is one of the great trajectories of character in operatic literature.

Soprano Catherine Foster,  a veteran of Bayreuth and the major opera houses of the world, sings the title role alongside a stellar Australian cast.  Richard Mills  conducts the combined forces of Orchestra Victoria, Australia’s opera orchestra par excellence, and the very talented young musicians from the Australian National Academy of Music.
Read more

The next head of BBC Radio 3 »