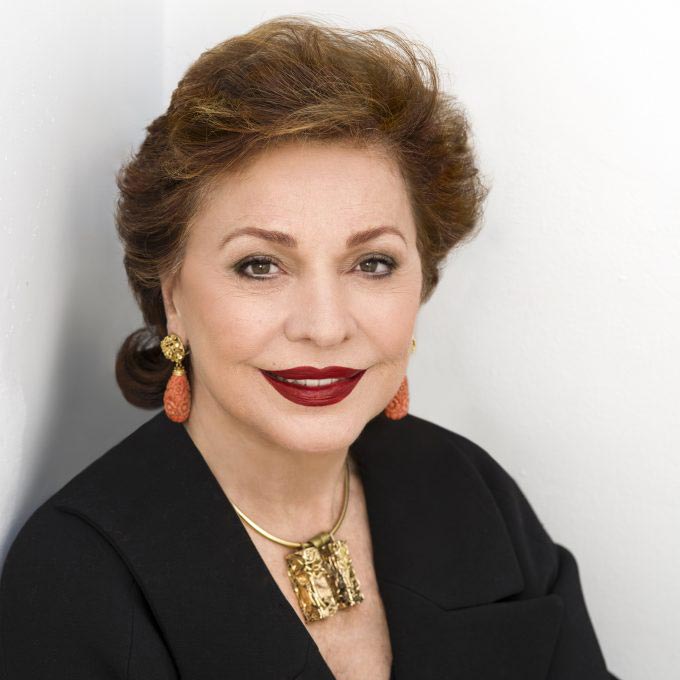 It has been requested that the boss of the Metropolitan Opera is to be known henceforth as the Maria Manetti Shrem General Manager.

Ms Shrem, a Florentine, made her fortune selling Gucci in the US.

From her cv: ‘During the 1960s through the early 1970s, she had her own company in Florence designing, manufacturing, marketing, and selling luxury clothing in the United States and Europe. After a divorce that left her with only $2,000 to her name, she fell in love again and, following her heart, moved to the United States. “When I first moved to the United States,” she says, “I went to the opera as often as I could but could only afford the standing room tickets. Opera gave me so much inspiration at that time. I waited outside the stage door entrance to the San Francisco Opera to meet the singers and over the years developed relationships with opera luminaries such as Luciano Pavarotti, Plácido Domingo, and Renée Fleming.”‘

Kindly remind your social secretary to make the necessary adjustments to correspondence with Mr Gelb.