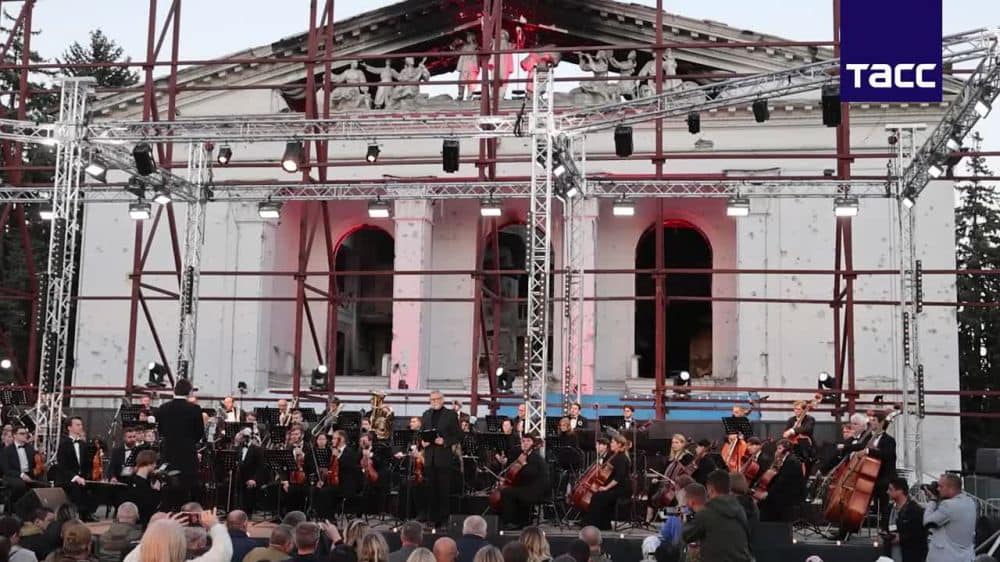 In the cultural war between Russia and Ukraine, this is perhaps the most bizarre piece of musical triumphalism.

The Kremlin Orchestra, with conductor Konstantin Chudovsky, is pictured performing outside the Mariupol Theatre, which has been bombed to ruins by Putin’s forces.

Ukrainian sources claim the Russians slaughtered hundreds of people at the theatre and are now mocking the mass grave of their victims. If that is the case, the Kremlin orchestra concert may itself constitute a war crime.

Konstantin Chudovsky, who is chief conductor of the Ural Opera in Ekaterinburg, is a former chief of the Santiago orchestra in Chile and was once acclaimed by the Financial Times as ‘one of 25 Russians to watch’.

Now for all the wrong reasons.

« The next head of BBC Radio 3