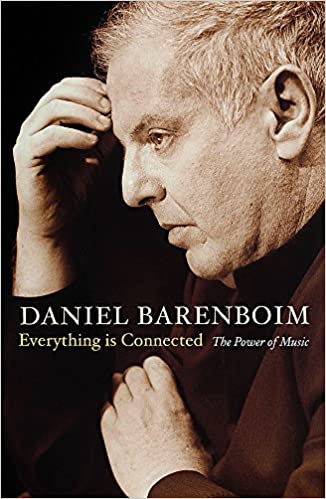 The Staatsoper under den linen has just posted that Daniel Barenboim is too unwell to conduct next month’s Ring cycle. His replacement will be Christian Thieleman, with whom Barenboim once clashed over allegations of anti-semitic remarks, which Thielemann denied. The pair have since apparently been reconciled.

Daniel Barenboim has to withdraw from conducting Richard Wagner’s new production OF THE RING OF THE NIBELING, directed by Dmitri Tcherniakov, for health reasons. Christian Thielemann will take over the musical direction of the first and third cycle. The second cycle is directed by Thomas Guggeis.

Daniel Barenboim: ‘With great regret I have to cancel conducting the new RING at the state opera for health reasons. I’m still struggling with the effects of vasculitis I was diagnosed with in the spring and am following the advice of my physicians treating this decision.

‘I am deeply saddened to be unable to conduct the new RING. Working with Dmitri Tcherniakov, the great ensemble and the Berlin State Chapel is a particularly fulfilling one for me. But I need to make my health a priority now and focus on my full recovery.

‘The State Opera is very dear to me. That is why I am very happy that my esteemed colleague Christian Thielemann has declared himself willing to take over the conducting of the first and third cycles at short notice. We’ve known each other for a long time and I know that his RING is in extremely good hands. Thomas Guggeis, a great young conductor that I have long supported and appreciated, will take over the second cycle. Wishing them and everyone involved the best in this production.’

Matthias Schulz: ‘It is extremely sad that Daniel Barenboim cannot now conduct the new production of the RING cycle – a unique project that is very dear to him and the whole house. Preparations have been going on for many years and we have done our best, the RING with Daniel Barenboim – just in the year of his 80. Birthday – to make it possible We owe Christian Thielemann a lot of thanks that he will take over the premiere series and the third cycle. Also Thomas Guggeis, who conducts the second cycle and has been involved in the preparations for around a year.’