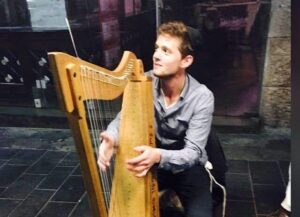 A man was shot dead on Wednesday afteroon while installing solar panels at homes in Southeast Washington, DC.

He has been named as Aryeh Wolf, 25, from Baltimore, a married man with a baby daughter.

Aryeh was an enthusiastic amateur musician.

Police said a man in a baseball cap ‘walked up, produced a handgun and shot multiple times.’

A suspect profile has been circulated.

« The Passenger, no more