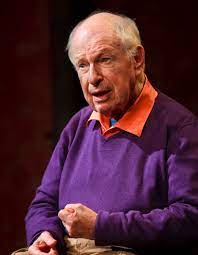 The British theatre visionary has died aged 97 at his home in Paris, where he had lived since 1974.

The son of Jewish laxative-makers, Brook was made director of productions at the Royal Opera House Covent Garden at the slender age of 22, exposing his inexperience in an explosive Boris Godunov that singers hated.

Bohème and Figaro were more acceptable but he was sacked after a Salome where the title singer, Ljuba Welitsch, refused to take a curtain call in a personal protest against the director. After six performances, jubilant stagehands smashed up his set (see Covent Garden: The Untold Story, 101-5).

He avoided opera ever after, and British theatre from the 1970s, finding a warmer reception in France.

His epic nine-hour production of The Mahabharata stands as his lasting masterpiece.

UPDATE: Some readers have pointed out that I gave Peter Brook short shrift in this post. They are quite right, and I apologise. This brief item was dashed off on a domestic Sunday afternoon. My aim was to report Brook’s death at a great age and to record his early involvement with opera at Covent Garden, which ended unhappily. I did not know Peter Brook and I am not familiar enough with his theatre work to offer a broader assessment. NL

The most successful classical artist of the 21st century? »