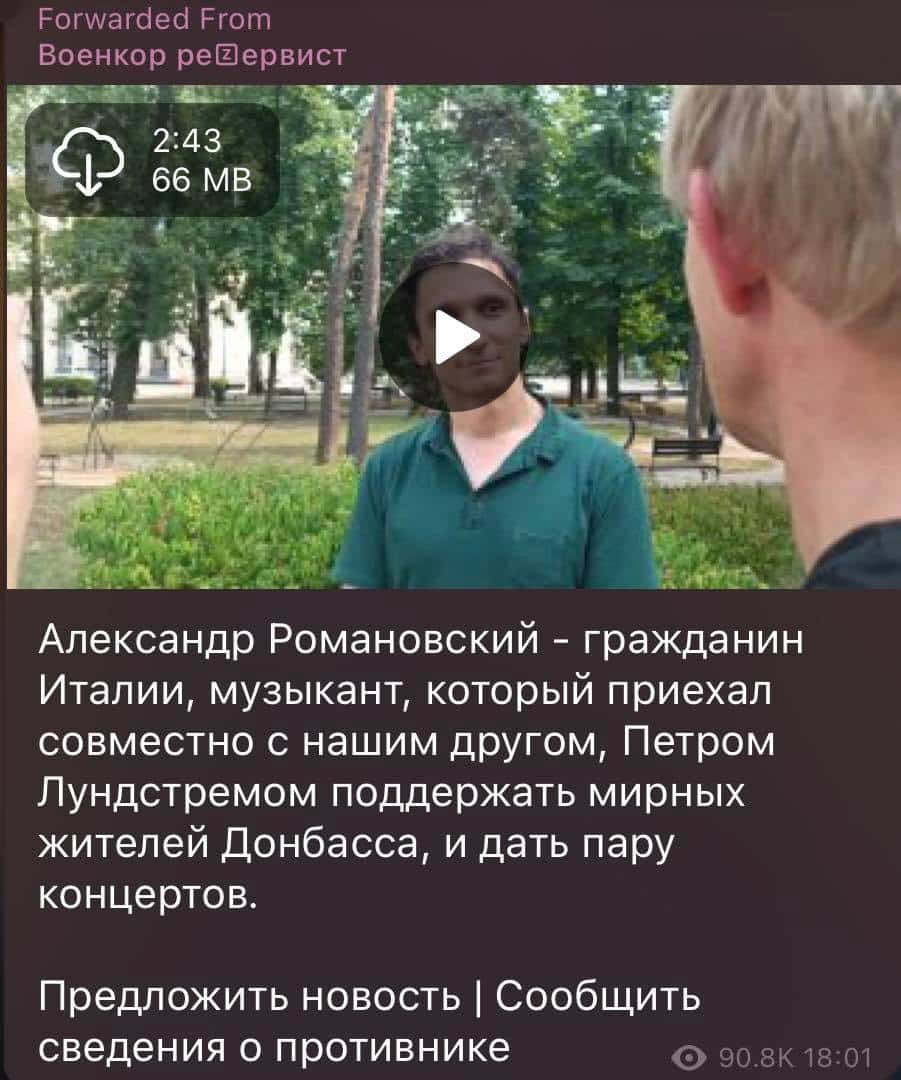 The pianist Alexander Romanovsky, a professor at the Royal College of Music in London, has taken sides in the conflict by playing a street recital in a strategic Ukrainian city that was captured two months ago by the Russians.

He does so in the presence of Russian propaganda cameras and giving an interview to Russian media.

There may be consequences.

The violinist is Petr Lundstrem, a Moscow-based pro-Putin propagandist. He likes to visit occupied Ukraine and claims to have raised 2.6 million rubles to purchase equipment for ‘our’ Russian army.

A former Zahkhar Bron pupil, Lundstrem’s dream, he says, ‘is to buy an anti-drone rifle. The thing is expensive (under a million), but absolutely deadly.’

« A music critic is beaten to death

Serious injury at a Salzburg rehearsal »