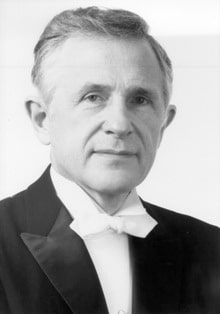 The death has been communicated of David R Fuller, emeritus professor of music and curator of the Fisk organ at the University of Buffalo.

Beginning in the 1950s, Mr. Fuller performed around the world. He gave regular harpsichord recitals, introducing the repertoire to Buffalo audiences, and collaborated with the avant-garde Creative Associates in several programs. Among his performances was “HPSCHD,” a composition for harpsichord and computer sounds by John Cage and UB’s Lejaren Hiller.

He and William Christie, a native Buffalonian and renowned Baroque music conductor he had mentored at Harvard in the 1960s, recorded the previously neglected harpsichord music of 18th century French composer Armand-Louis Couperin, and gave several concerts in Paris on historical instruments.

“In his teaching, you had to be completely versed in music theory and the historic context of the music,” his spouse and partner of 40 years, Alan P. Gerstman, noted. “And then in performance you play within this universe of rules from the period, but you have to have freedom in the performance.”

« How not to launch a record deal

Andrea Bocelli jumps in for his son »