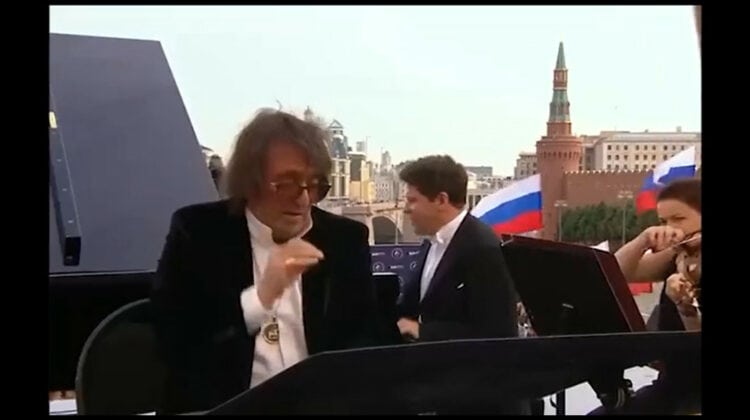 Yuri Bashmet: I love President Putin. We will win

The Russian violist and conductor has given an interview to local media, stating full support for his president and confidence in his victory in Ukraine. Parts of the interview, given after Bashmet received the Hero of Labour award,  have been misquoted by certain music media which have mistaken an interviewer’s quotation – ‘we are doing everything right. And we will win – for his current views.

Here’s exactly what Bashmet said yesterday to Olga Shablinskaya, of Argumenti i Fakti:

‘I love and respect our president and love my country very much – this is my position. You can do whatever you want with me, but I’m not interested in anything abroad, I’ve already played thousands of times there. They paid me and respected me for the fact that, having won back, I left. They respected that I have my home – I didn’t even think of staying there. So even if all the concerts stopped, God forbid, I have something to do.

‘We have a huge country. Do you know how many fanatically devoted to music, talented guys we have, who for 5-8 hours do not hang on the computer, but play the violin or the piano?

‘And the audience?! Nowhere in the world is there such an attitude towards music as we have. You arrive on tour in Magadan, say. Winter. You go from the airport to the hotel and think: who will come to the concert in the evening in such weather? It’s easier to stay at home, turn on the TV. And then you see a full hall: women in evening dresses, men in suits, with ties, and someone even with a bow tie. This also conveys their attitude to what is happening….

‘ I’m afraid that my words may be misinterpreted later, but still I will say: both the Armenian and Uzbek orchestras are good because they are Soviet. I understand that the definition of “Soviet” is treated differently today. But in fact, for example, the magnificent Soviet music school was passed on to Armenian musicians through Mirzoyan…

‘We, Russian musicians, have always been the best. Not grains of sand in the general mass, no. We were the Gagarins there, in their world of classical music.

‘A holy place is never empty, and the concert life will continue there anyway. But, excuse me, among those performers who will take the stage at La Scala or Carnegie Hall, there will not be me and my other colleagues, whose names are not an empty phrase for a Western listener. Yes, I admit: there are good musicians and worthy concert halls there.

‘And what did they do with Tchaikovsky by banning the performance of his music? Whom did they want to hurt, idiots? It’s like cutting your own heart out. The place where love lives, cut off and say: “I don’t need this love anymore.”‘

US soprano is banged out on the Rhine »