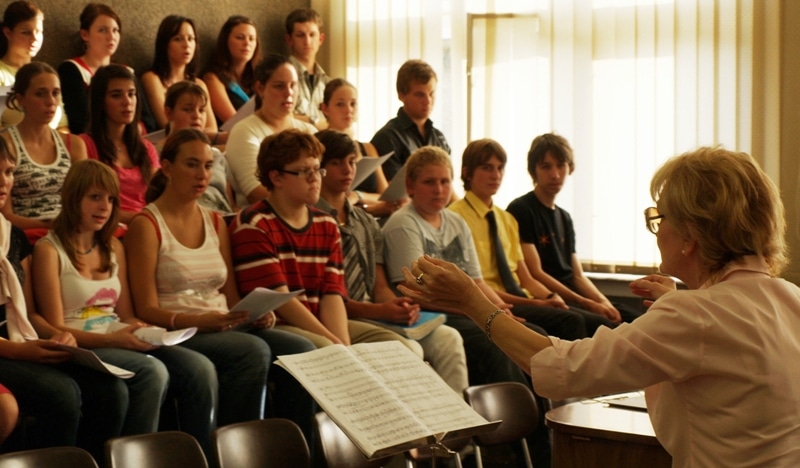 Our Czech colleagues at OperaPlus have reported the death of Blanka Kulínská, head of the national radio children’s choir and founder of the internationally renowned Bambini di Praga. Blanka was 87.

Having sung in the Children’s Choir of Czechoslovak Radio as a child, she was named its director in 1954, at the age of just 19.

After falling foul of the Communist regime, she founded Bambini di Praga with many defecting members of the radio chorus. In 1992, after the fall of Communism, she was reinstated as head of the radio children’s chorus, handing over the Bambini to her son, Bohumil.

In 2004, Bohumil was arrested for abusing chorus members and his mother took over the Bambini once more. On Bohumil’s release, in 2011, the Bambini were wound up. Bohumil died in 2018.

The family’s story could be the plot of a Janacek opera.

« Peter Gelb: The Met is at war with Russia