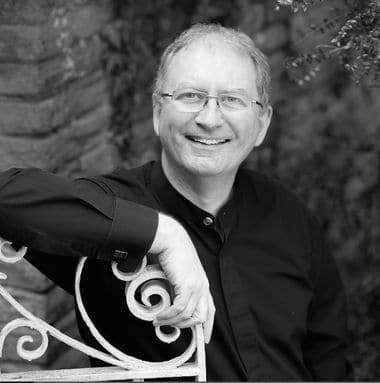 The LSO drops a TV conductor

Parents of children in the London Symphony Orchestra Discovery Choir have been notified abruptly of its conductor’s departure.

After nearly ten years at the helm of the LSO Discovery Senior Choir, David Lawrence has agreed to step down from this position. David and the LSO recognise that there is a need to explore opportunities to bring in new vocal leaders drawn from different and diverse ethnic, cultural and musical backgrounds, in order to support the necessary changes in the Music sector to tackle issues of diversity, racism, and representation. We will be advertising for a new conductor of the Senior Choir and will update on the process of recruitment.

Read that again, slowly: …to bring in new vocal leaders drawn from different and diverse ethnic, cultural and musical backgrounds.

It reads as if the excellent David Lawrence (pictured) has been ethnically cleansed.

Whatever the case, parents are furious. One of them tells slippedisc.com: ‘This email, following directly on from a very successful concert involving David and London Community Gospel Choir made us all very upset. There was a huge amount of concern from parents and a special meeting took place earlier today (Monday) to try to explain the decision.’

Let’s wait and see how the LSO managed to explain this.

From David Lawrence’s biography: For over twenty years David has conducted for BBC’s Songs of Praise, and he is a well known conductor of ‘big sing’ events, such as the 700-voice Spem in Alium he conducted for BBC Four.  He has directed large scale education projects for many of the UK’s orchestras and opera companies, and as Principal Conductor of Young Voices, a position he has held for 23 years, David directs massed choirs in an annual series of concerts, with some choirs incorporating more than 8,000 singers.